This was the craft room in our old house

I think I should start at the beginning. When our oldest daughter finished law school and took a job in Birmingham, Alabama (actually when she changed her drivers license to Alabama… I knew it was over) I decided it would be okay to take her bedroom and turn it into a craft room. So I commissioned my hubby who I lovingly dub “The Mean Man” (no he is NOT at all mean- he just sounds gruff with our dogs sometimes… and I talk to those dogs (Biscuit and Bailey) in people dog talk saying “He’s a mean, mean man, isn’t he?” and thus… The Mean Man. So the craft room renovation started: 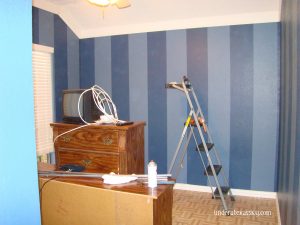 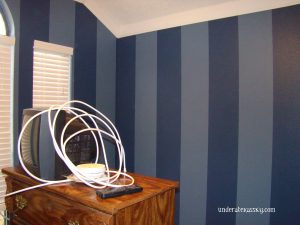 She had lovely striped walls. So I purchased Behr Premium Plus Ultra Paint and Primer in One- the color is Shallow Sea. I had faith in its one coat coverage. The Mean Man… not so much… while on the phone with him at the paint counter he urged me to buy a primer. I told him I was NOT buying primer. I felt like this rather pricey paint would work without it. I believe I told him that “sometimes you are right, and sometimes I am right… we’ll see who wins in this case.” 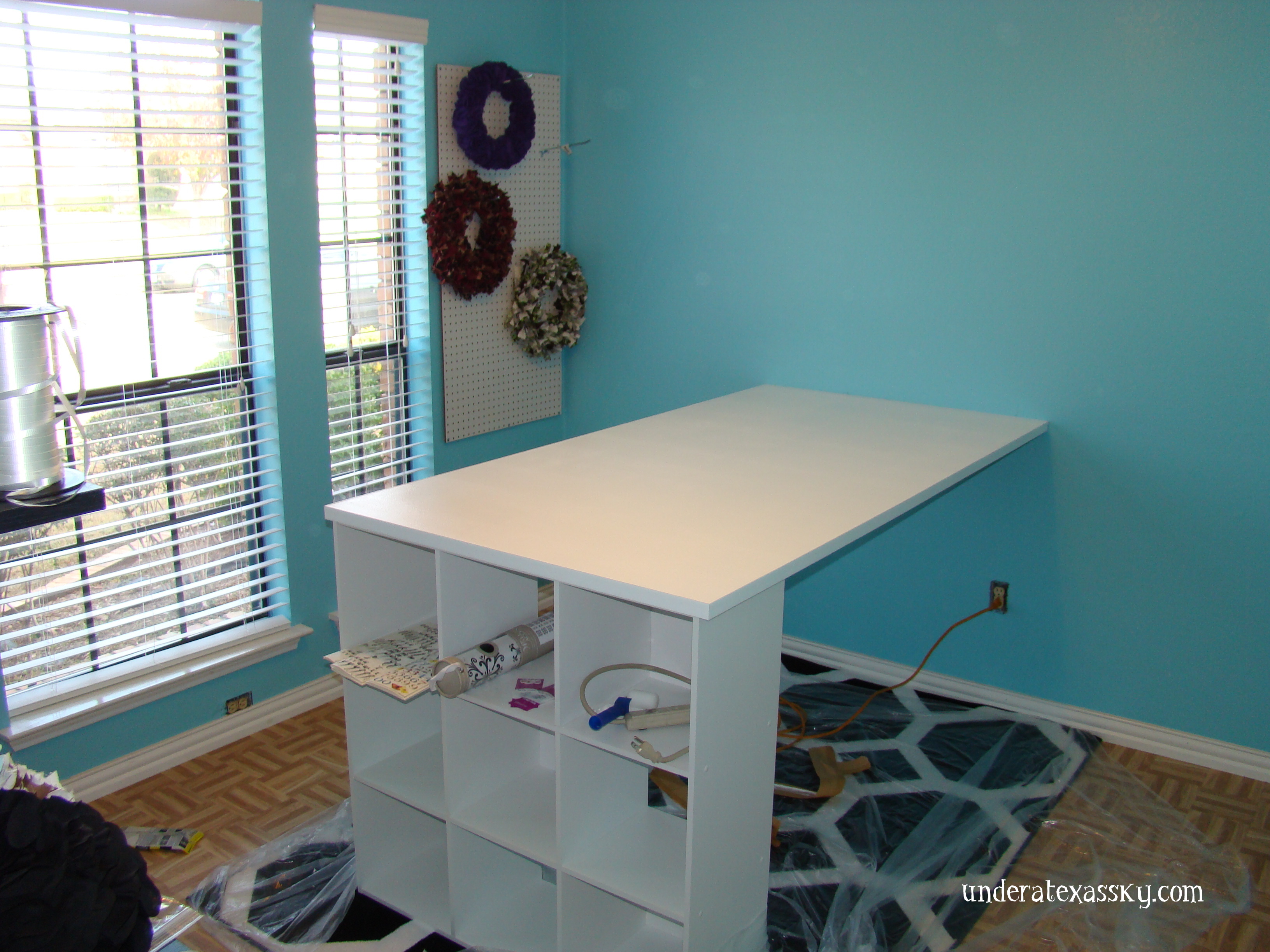 HA!! It was me (yes- in our house everything tends to turn into a competition)!!! Great coverage- ONE COAT. We reinstalled the shelving system that was originally in the room. It’s perfect for storage. We purchased 2 closet cubbies from Lowe’s. One of which would make up the one side of the base for my craft table. 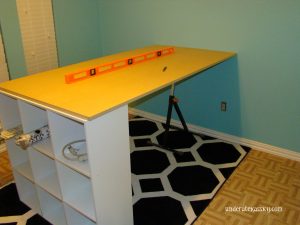 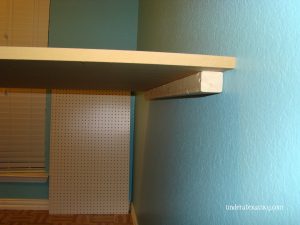 We trimmed out the table with lattice trim and finished it with a high gloss white paint. 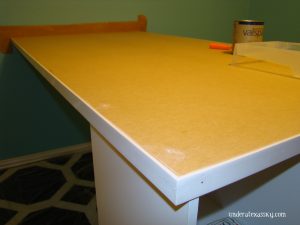 I added a measuring mat to protect the table when using a rotary cutter- plus for measuring. I also put a little storage shelf from Michael’s and the peg board (which is so awesome for storage) on the walls. The chandelier came from Lowe’s (the Mean Man picked it out). The mirror was already in the room and I decided it was perfect. I got the chair from amazon.com for under $300 and the rug came from Garden Ridge for about $20. I made the poms hanging from the ceiling. Lowe’s had the little drawers that go with the cubby. 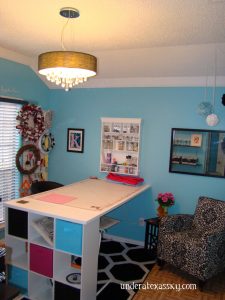 After a while, I discovered that the work table wasn’t roomy enough to hold my big desktop computer, my Silhouette Cameo, my paper cutter, and embossing machine. So I had to figure out how to add some sort of desk. Now, this room is 10×10- not a lot of space for lots of furniture. We fixed the dilemma by adding a track shelving system that held the widest shelf we could find. We mad them into an “L” shape which gave lots of room without taking up a lot of space. It was also VERY affordable. 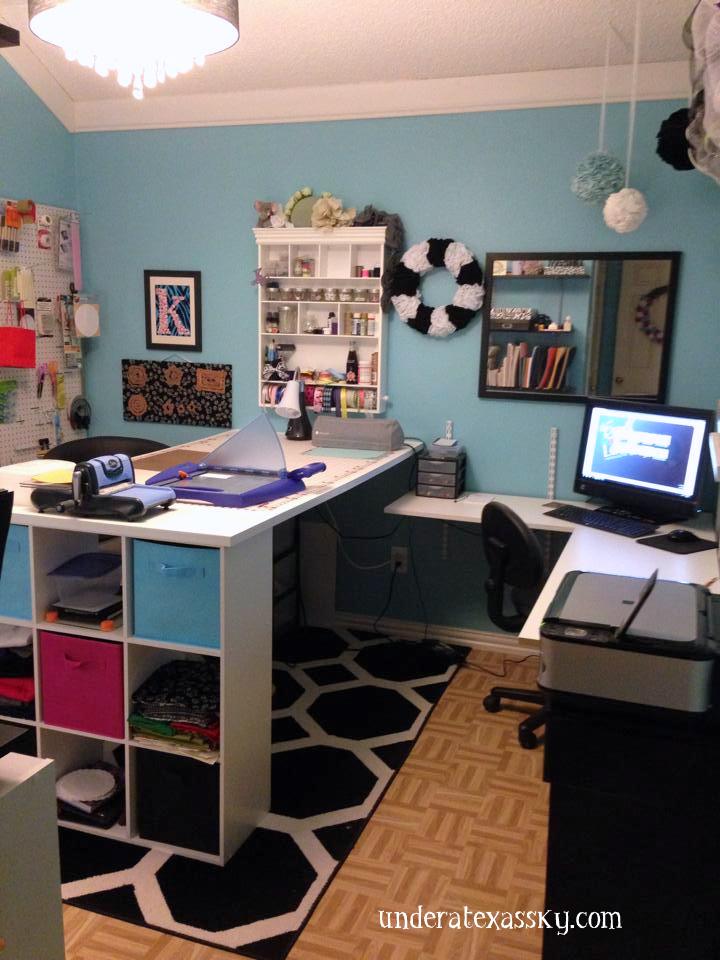 That little room became my haven. I spent most of my free time there and am so happy we created the space. But now I have a new space that is big and functional and has even more little storage ideas and work space recommendations.