The Kitchen is Taking Shape

The reason for this speculation is when the wallpaper and sheetrock were removed, we discovered that the original shiplap did not continue on all walls of the kitchen. Under the layers, the wall that adjoins the living room and master bedroom match the shiplap of the rest of the house. The other walls in the kitchen had tongue and groove beadboard behind the wallpaper and sheetrock.

It’s hard to remember when it looked like this!

You can see where the wall used to be that divided the kitchen from the dining area. 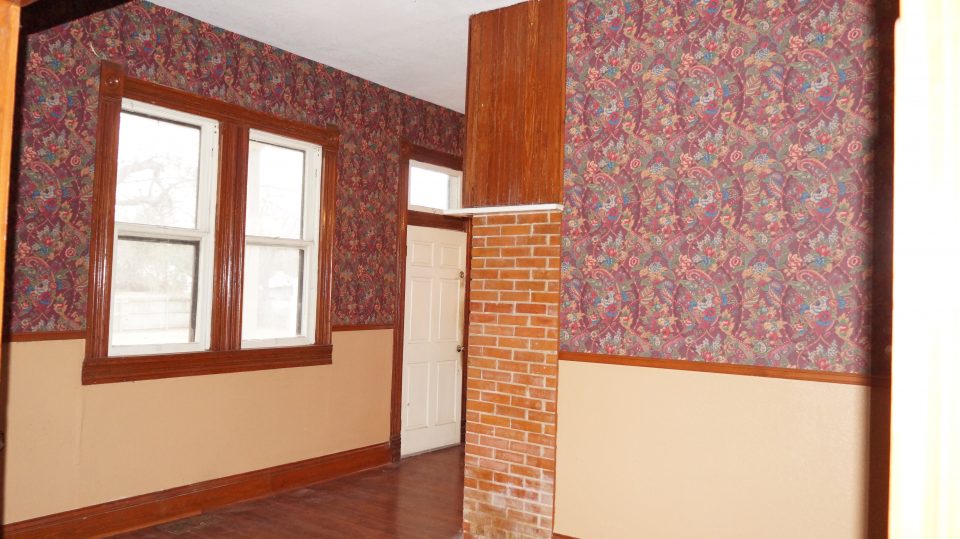 It’s now gone, along with the wallpaper, paneling, and sheetrock!

You can see the beadboard that was hiding beneath all the layers. I didn’t like the way the beadboard looked next to the shiplap wall and so made the decision to remove it.

We’re down to the studs now.

We kept the one complete shiplap wall. It will be an accent to the other walls that will have sheetrock installed. 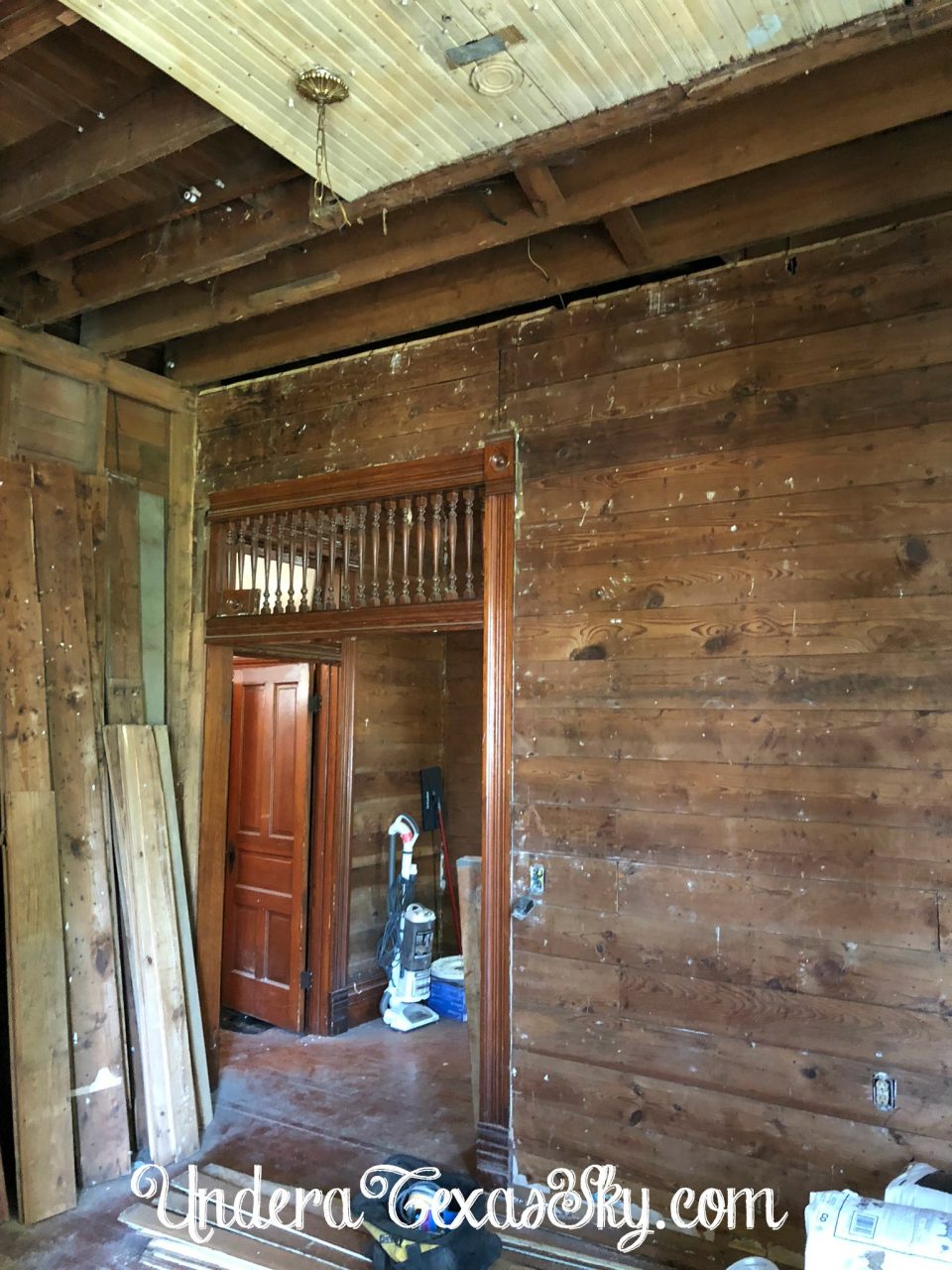 The ceilings are going to be amazing!

We discovered the same beadboard is on the majority of the ceiling. The areas that are missing will be filled in with the beadboard that came off of the walls. I think we’re going to add some wood beams to help with the transition seams. After it’s sanded and painted, this ceiling will be amazing. 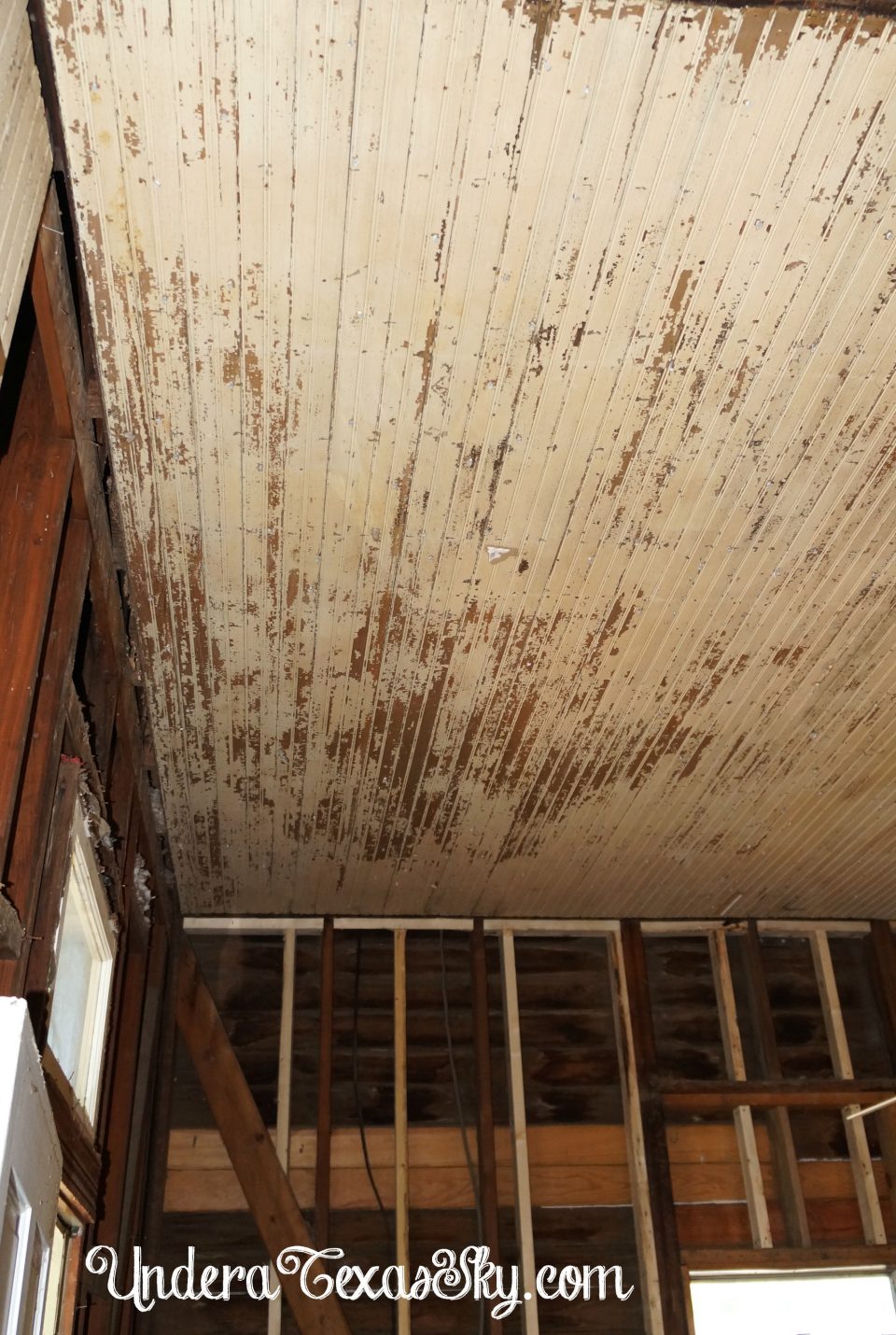 We also discovered that the breaker box that’s in the lower corner of one of the kitchen walls has to be relocated. It’s important to get things up to code, and having the box so close to a water source was not a good situation. While the electrician is here, we’re having him add some can lights in the ceiling as well as install three pendant lights. He’ll be moving and adding outlets as well. We still need to get a plumber out here to take care of the gas line that needs to be run to the new range. The list just grows and grows!

So the cabinets are built and are being painted- now THAT’S fun stuff. They are going to look wonderful! The shaker style cabinets are all wood with some nice detailing. We chose to go with a white painted finish in keeping with the clean and bright look we’re going for.

I got a little more daring with the flooring. Choosing a bold graphic design is scary, but I think it will be a perfect contrast to the simplicity of the cabinets and counters. These are big tiles; 16×16 but they look like four separate tiles. They definitely make a statement. 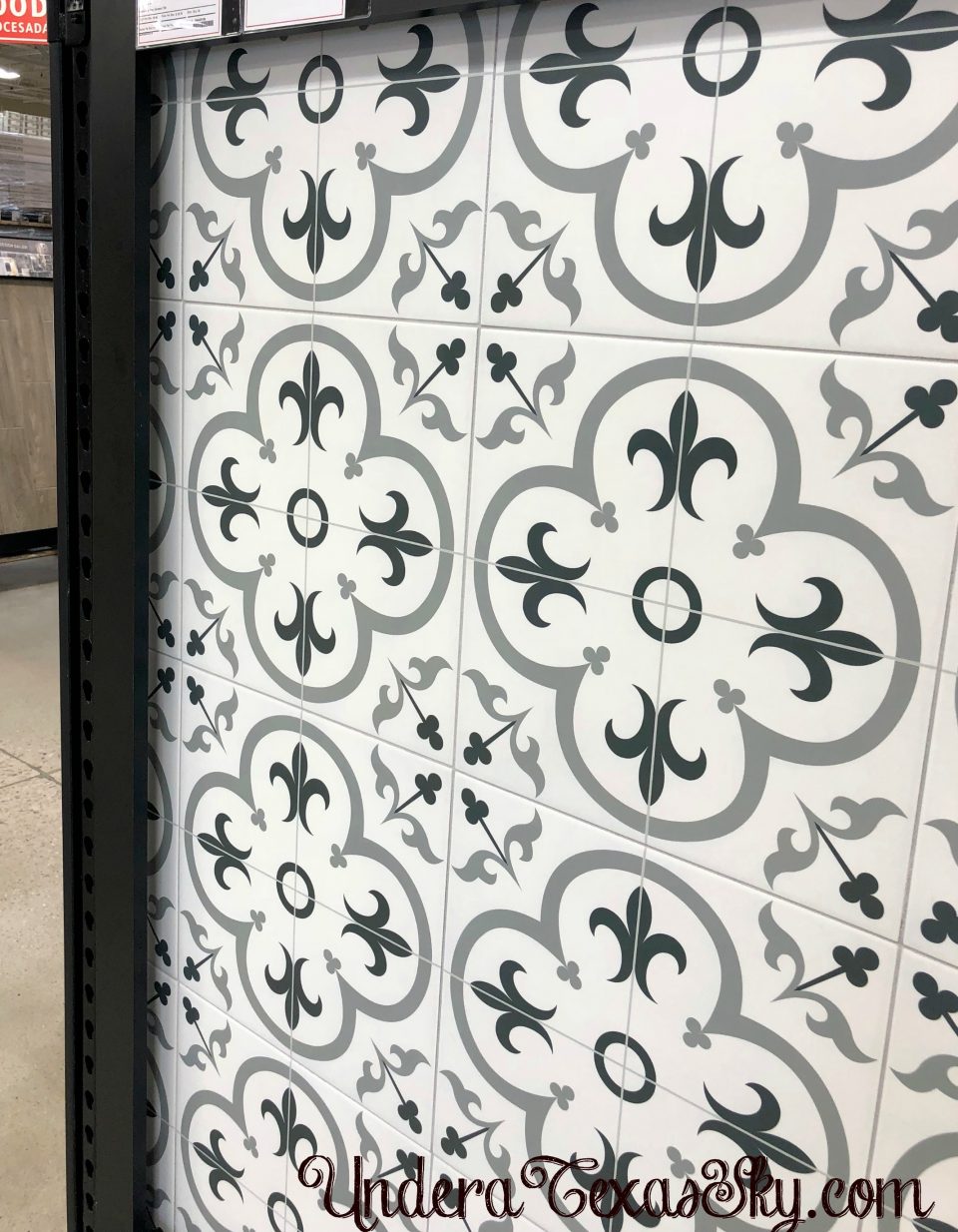 We still need to purchase a sink and faucet. I’m going to go with an undermount sink and a nice big professional type faucet. There are also lots of repairs going on right now that I haven’t shared with you. Most of the wood siding on the back of the house is currently being replaced. We replaced the existing window over the sink with a nice new one with window panes. We’re getting closer every day. I’m not gonna lie to you, it can get a bit discouraging- it’s like cleaning out your closet. You can work in it all day, pulling things out, packing them, boxing them; then at the end of the day, you look around and can’t tell you’ve done anything. It seems like there is no end in sight.

We’ll talk about the bathrooms later.