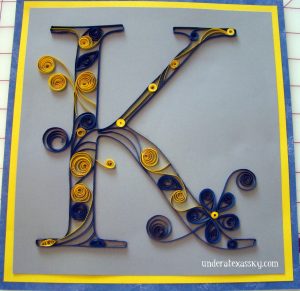 Quilling is basically rolling thin strips of paper into coils and then manipulating those coils into various shapes, and gluing them together to make designs. You are here for my first attempts at doing this. I decided an easy place to start would be just creating the letter “K.” Now that I know what I know; that may have been a little ambitious- but think it’s important for you to see how first attempts, while not perfect, can still turn out pretty well.

For first things first, I picked up a few necessary tools to be able to do these crafts. I found a tool kit that included a slotted tool (which is easiest for me), and a quilling needle. I also purchased a quilling board that includes some templates that give you control over the size of your coils. I grabbed some clear glue and of course quilling strips of 1/8″paper (yes you can purchase these at any craft store- the tools too!).

Little Circles has a GREAT tutorial on how to make the shapes. 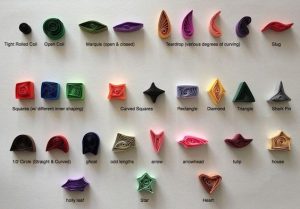 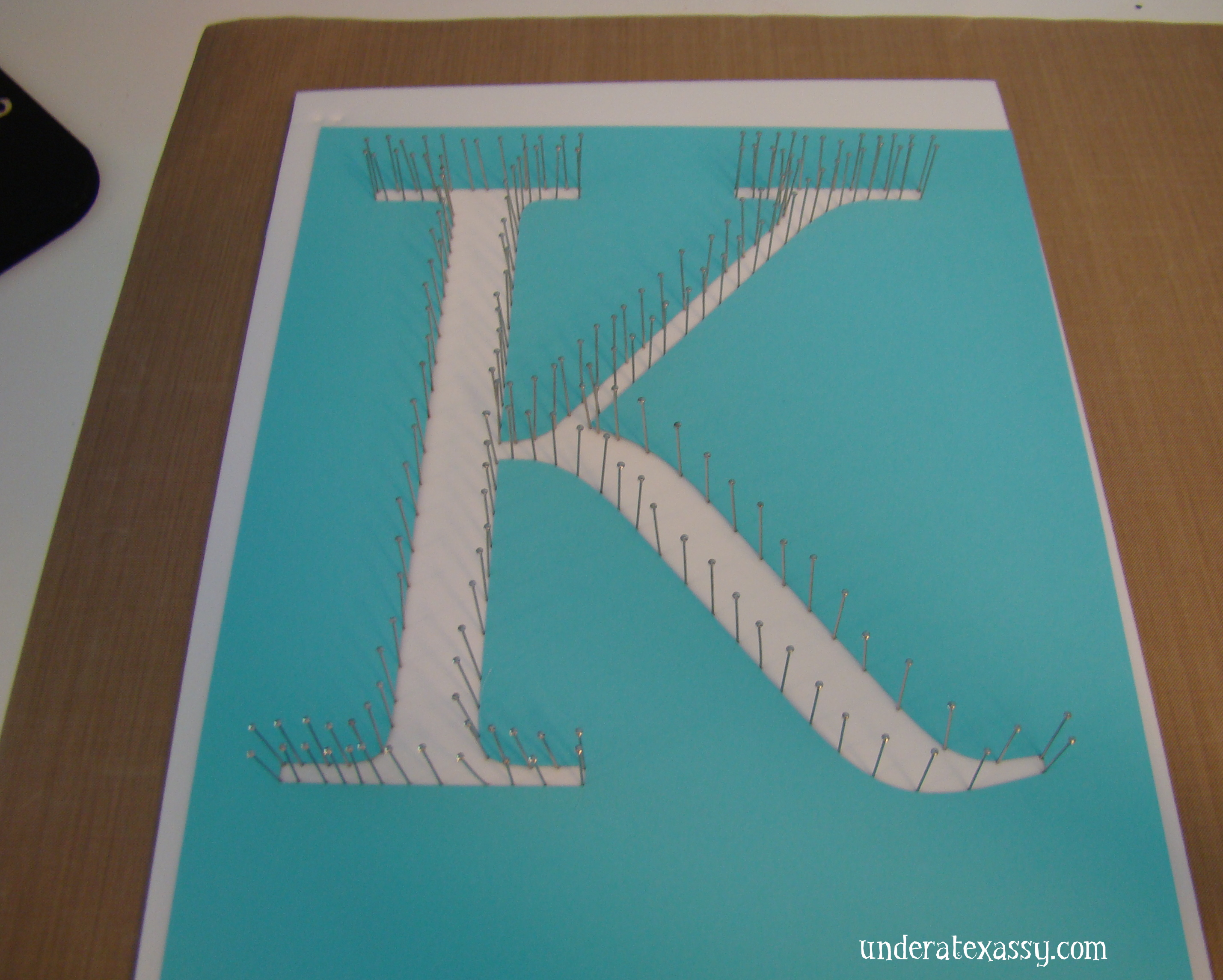 I began at the bottom of the K and started the quilling strips there. I just followed the shape of the design, gluing the strips together as I got to the end of each of them. 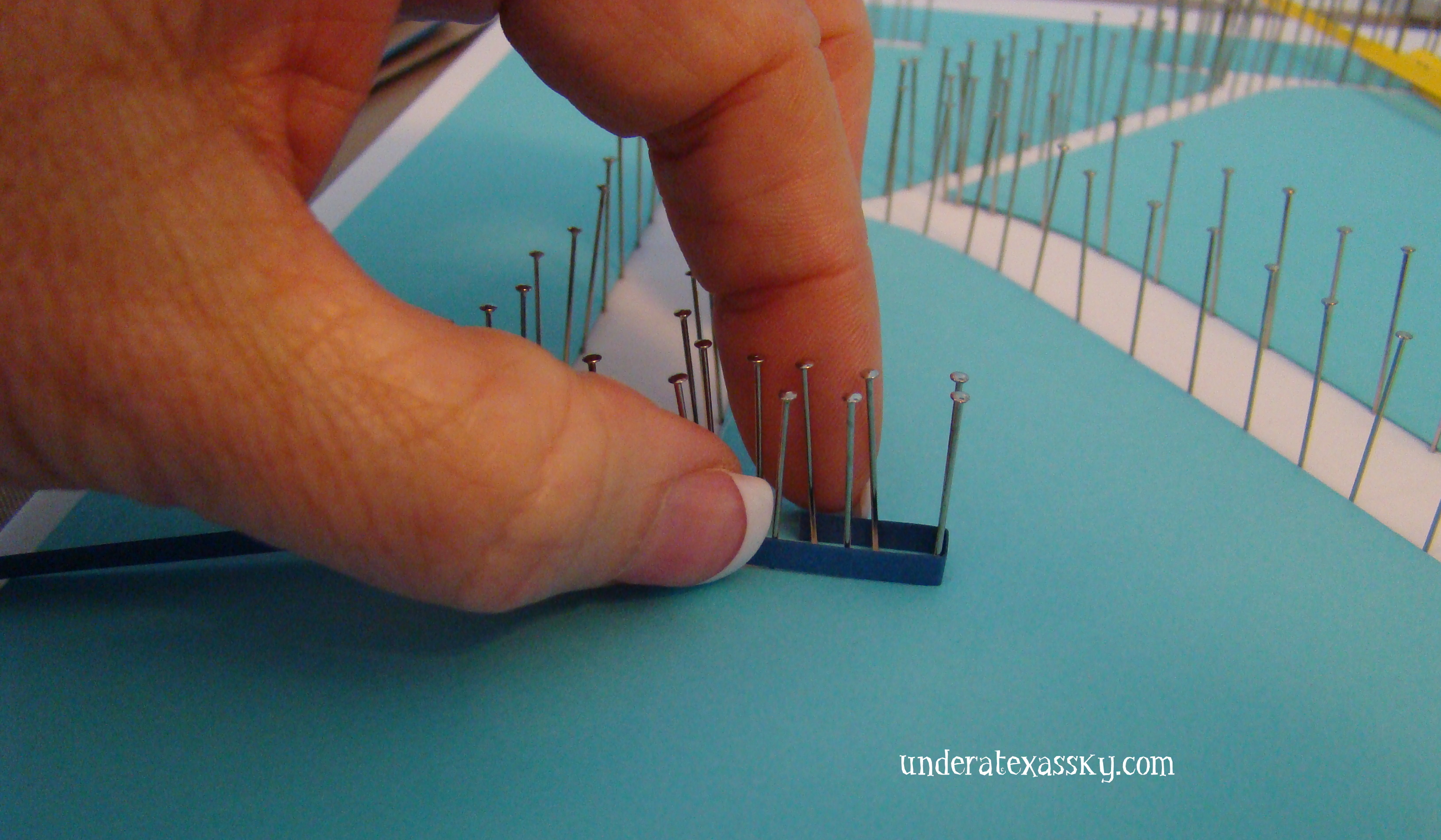 As you can see, I weaved in and out between the straight pins to keep the paper on its edge.You can also see where I glued strips together. I just poured a circle of glue on a paper plate and used a toothpick to dab the glue on the paper where it joined the next piece. 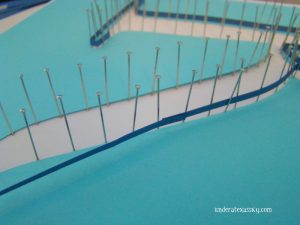 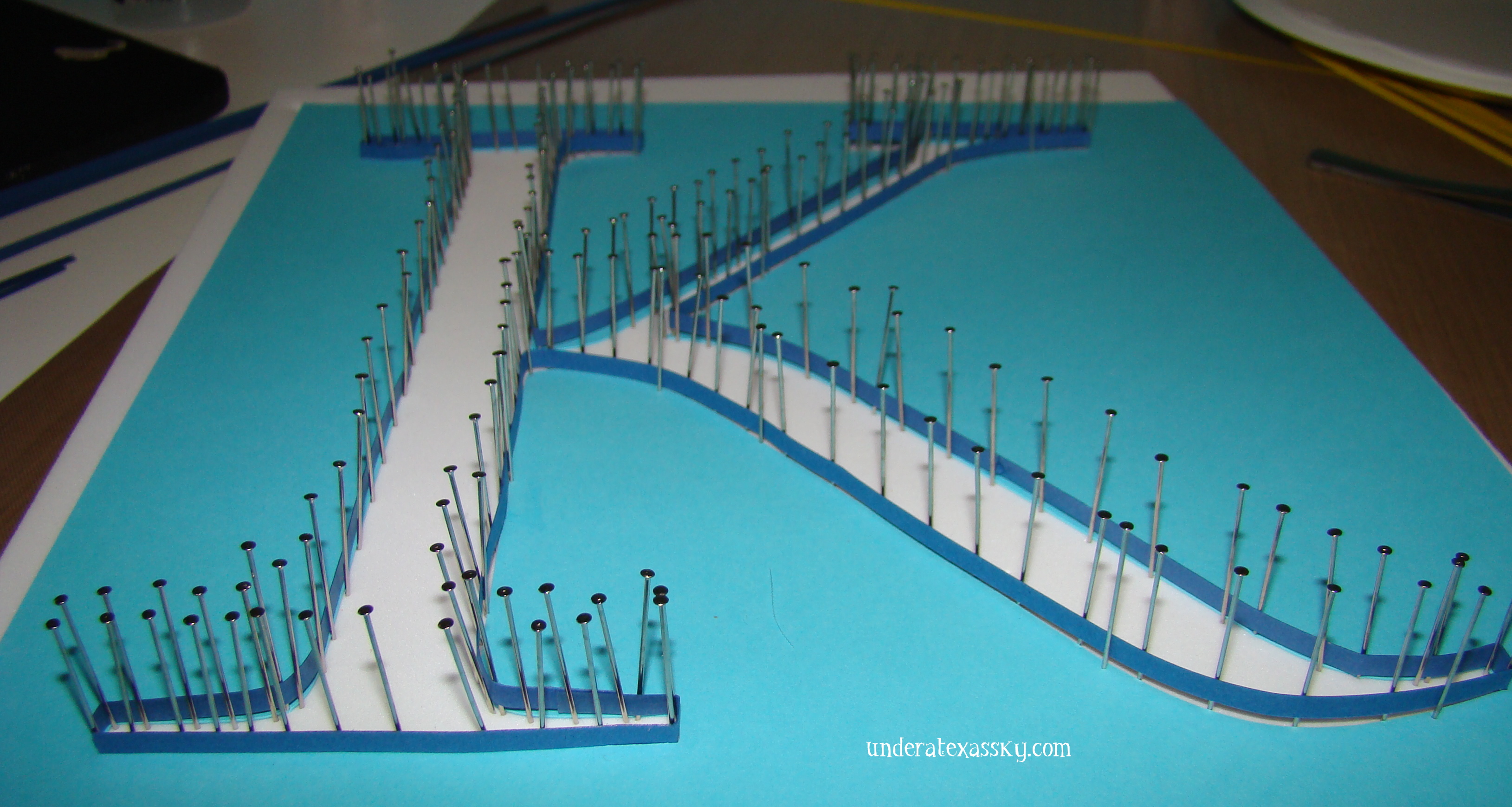 FINISHED! Now getting the frame of the “K” off the foam board and onto the cardstock I chose for the background was NOT easy. I pulled all the pins out of the foam board and had the outline of the letter. But it was without much form. I had to reshape the letter as I was gluing it to the cardstock backing upon which it would rest. Putting the glue on the very thin edge of the quilled paper was a challenge; but I persevered!

I used the quilling board to help with the coil sizes. The coils are then pinched here and there to make a variety of shapes. 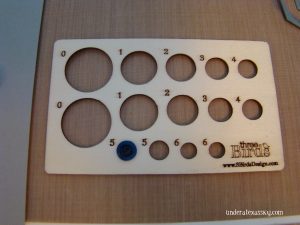 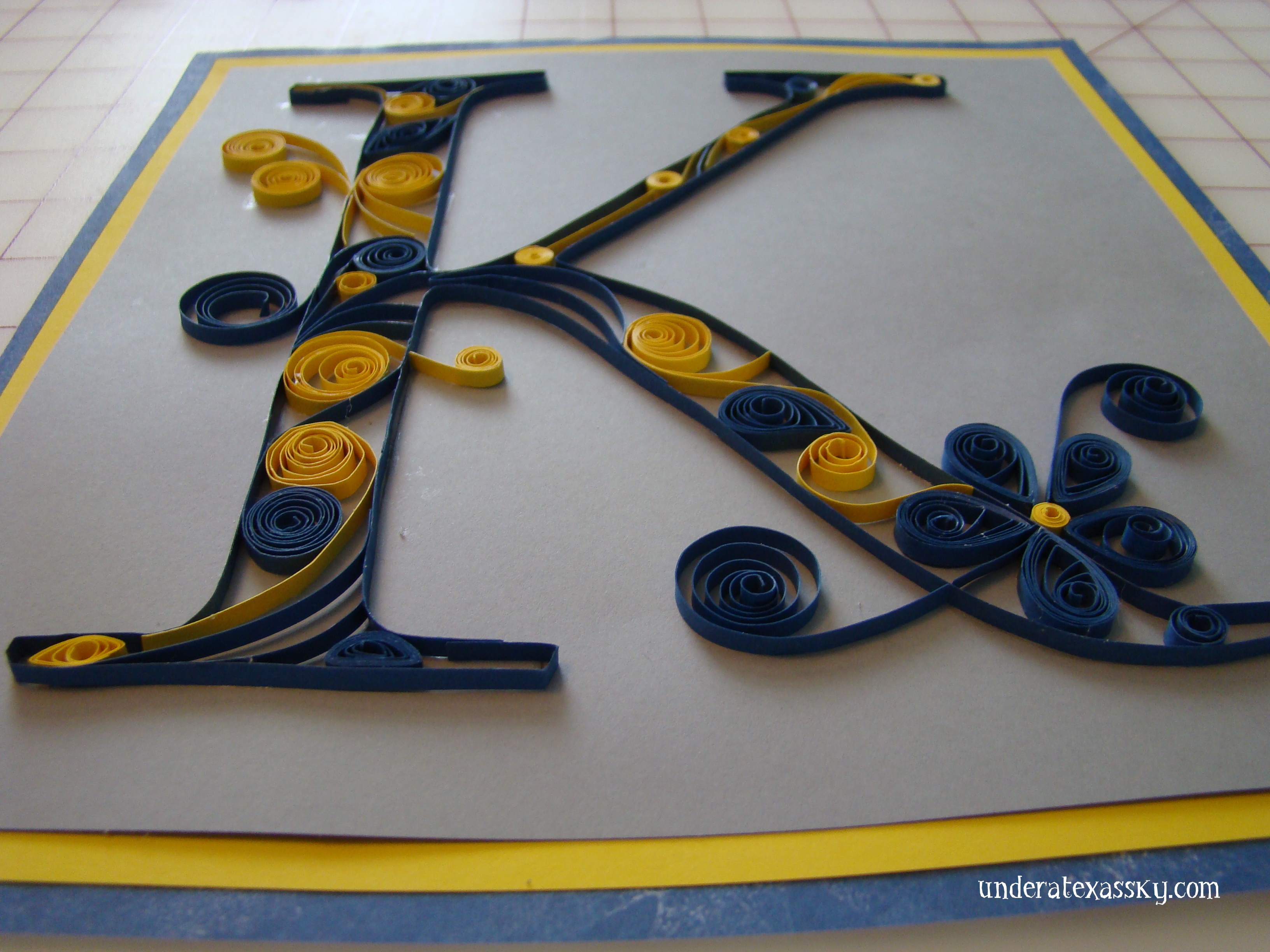 I used lots of shapes, loose coils, some strips not coiled at all, to move in and around the frame of the letter. I tried to make some of the strips appear to go through the letter outline. As you can see, I had difficulty controlling the glue, and it dried kind of shiny. But I think the letter turned out really rather nice. 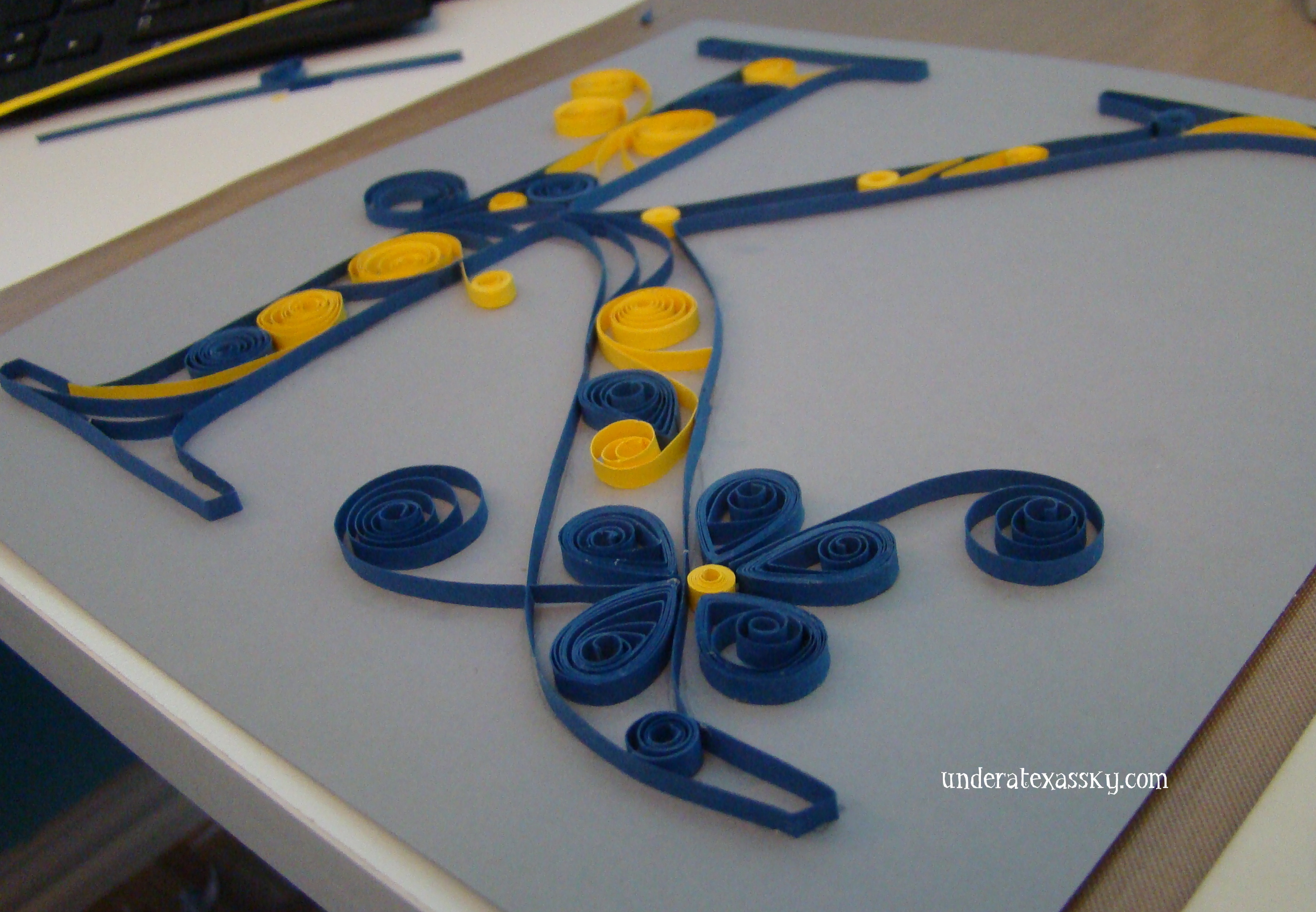 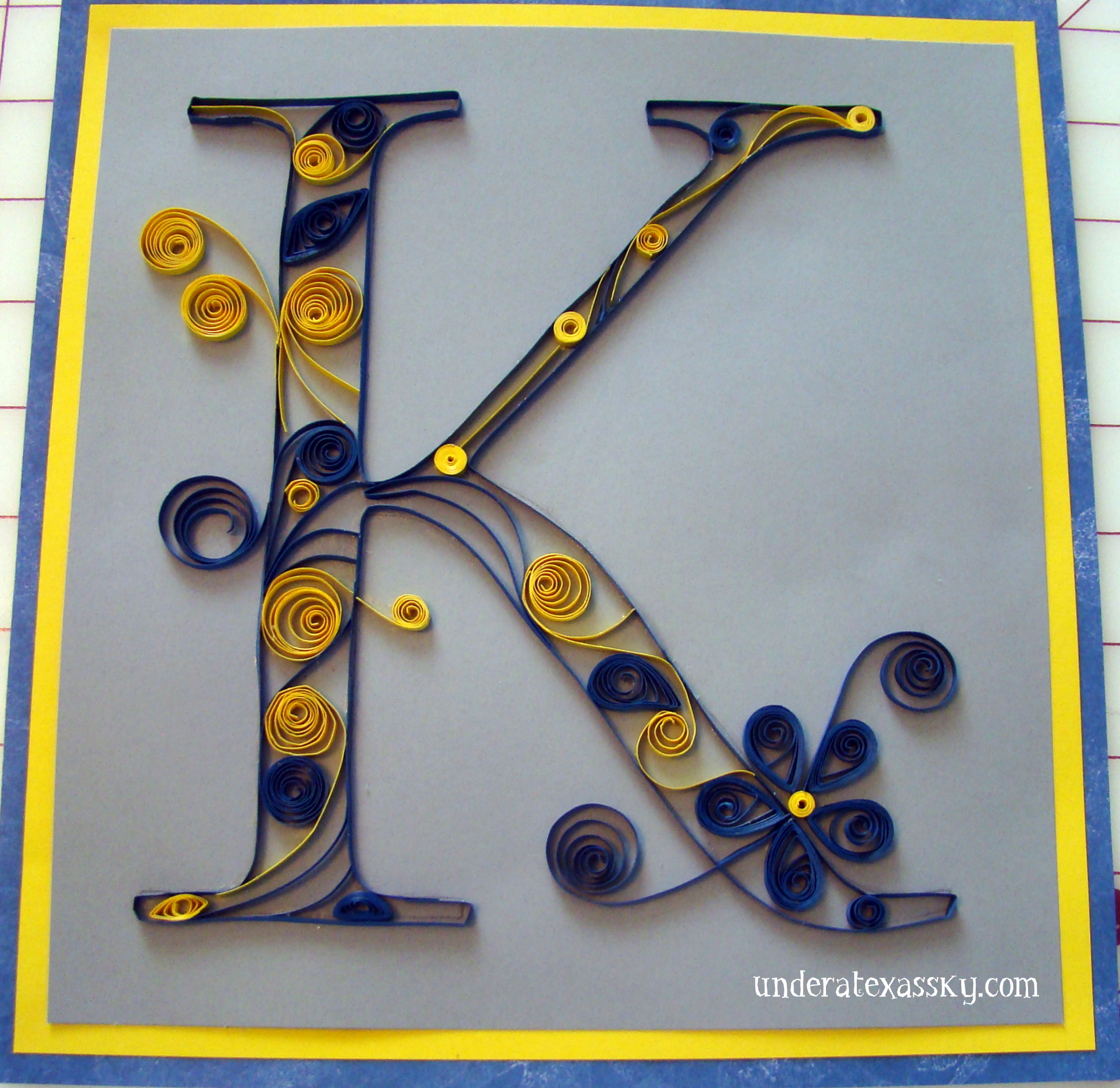