I bought a couple of small dressers at an auction several months ago. I painted and refinished one that started out as a big ol’ hot mess.  Thankfully it turned out beautifully and my best customer ended up buying it. Well this awful, ugly, hot mess of a dresser had a twin. A twin that was just as ugly as it was. 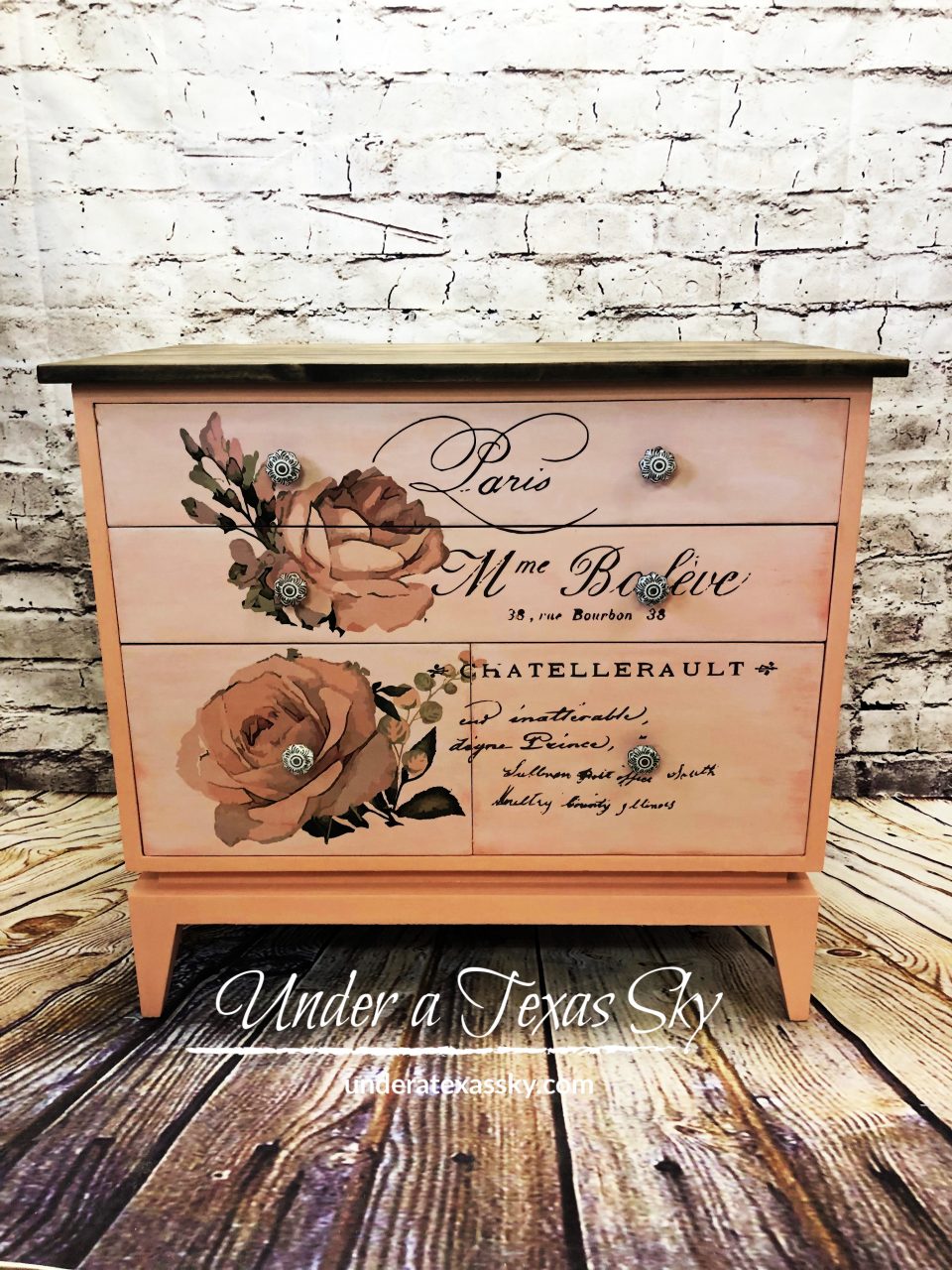 Near as we could tell, someone had taken these two good quality chests and pushed them together to make one bigger dresser. At some point, they decided to paint them. Black; drippy, runny, black. When The Mean Man showed them to me, I could not believe he paid someone for them.

Luckily they were American of Martinsville so they were very well made with nicely dovetailed drawers and solid wood frames. They were Mid-Century Modern, not really my style, but the potential was there to make the dresser look as nice as it was made.

The first chest of drawers I had finished had a couple of challenges, but nothing like the second.

That same customer asked if she could purchase the twin. Of course I was happy to let her buy this piece too. Her only request was that I paint it in Dixie Belle’s Apricot Chalk Paint. This happens to be my favorite Dixie Belle color so I was excited to get started.

It had to have the same treatment as its twin. This time, however, I stripped the top layers of paint instead of sanding. Don’t get me wrong, I had to get the sander out as well. So. Much. Sanding. 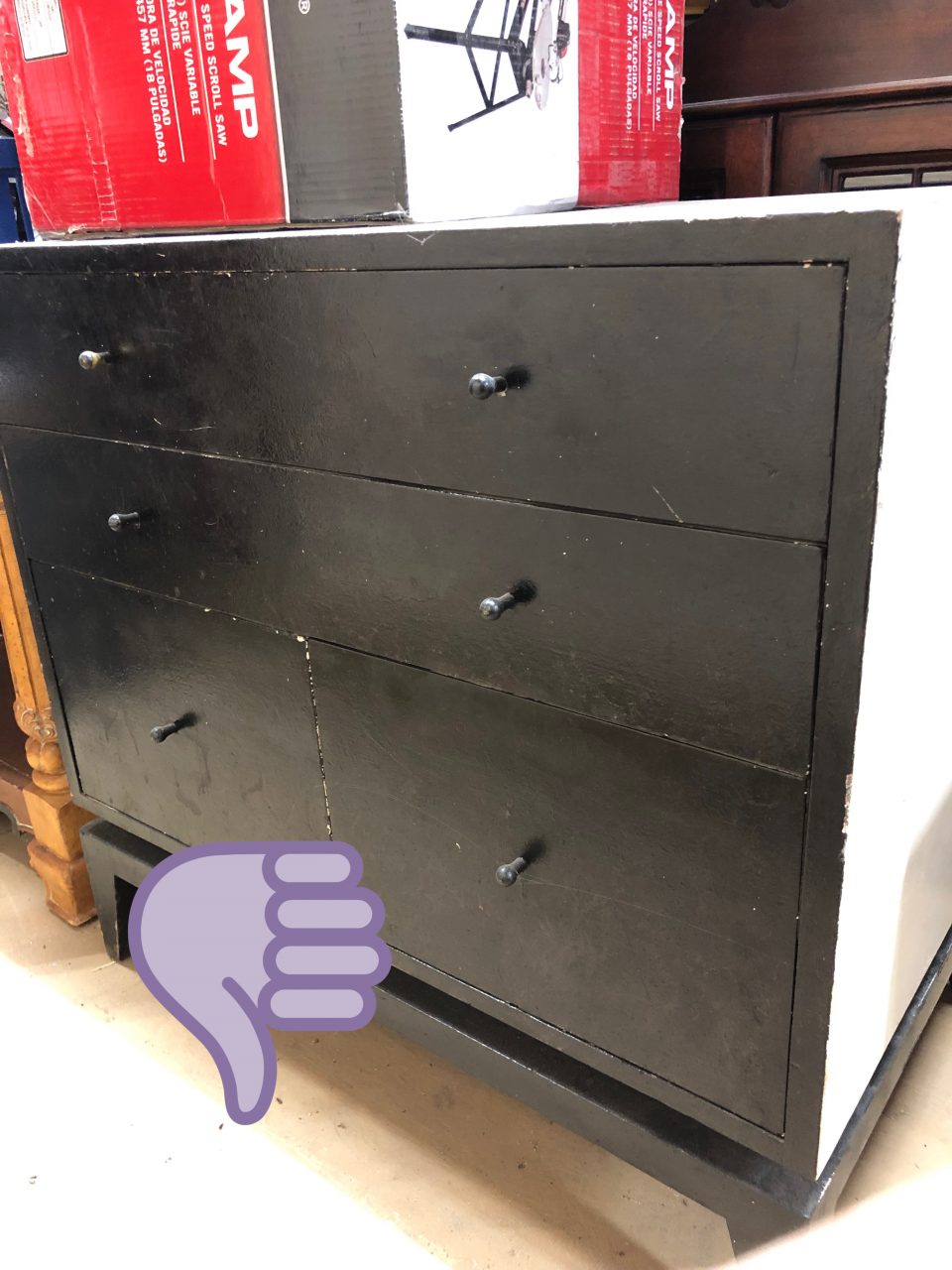 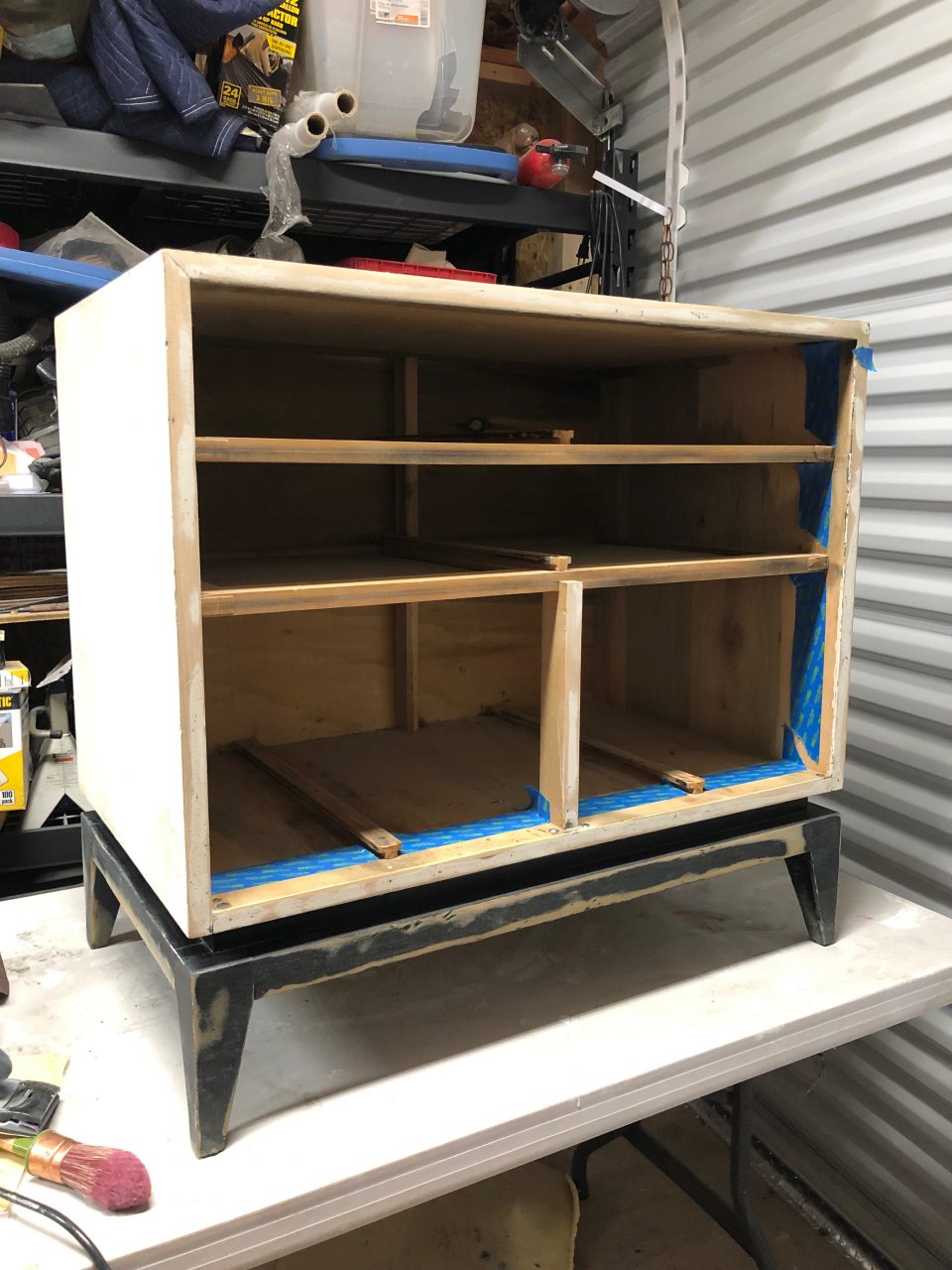 Finally it was ready to paint. The Mean Man sprayed on two coats of the Dixie Belle Apricot using an HVLP paint sprayer. It looked great. My initial plan was to keep it clean, just paint and then adding a pretty re-design rub on transfer.

I did this. and hated it. 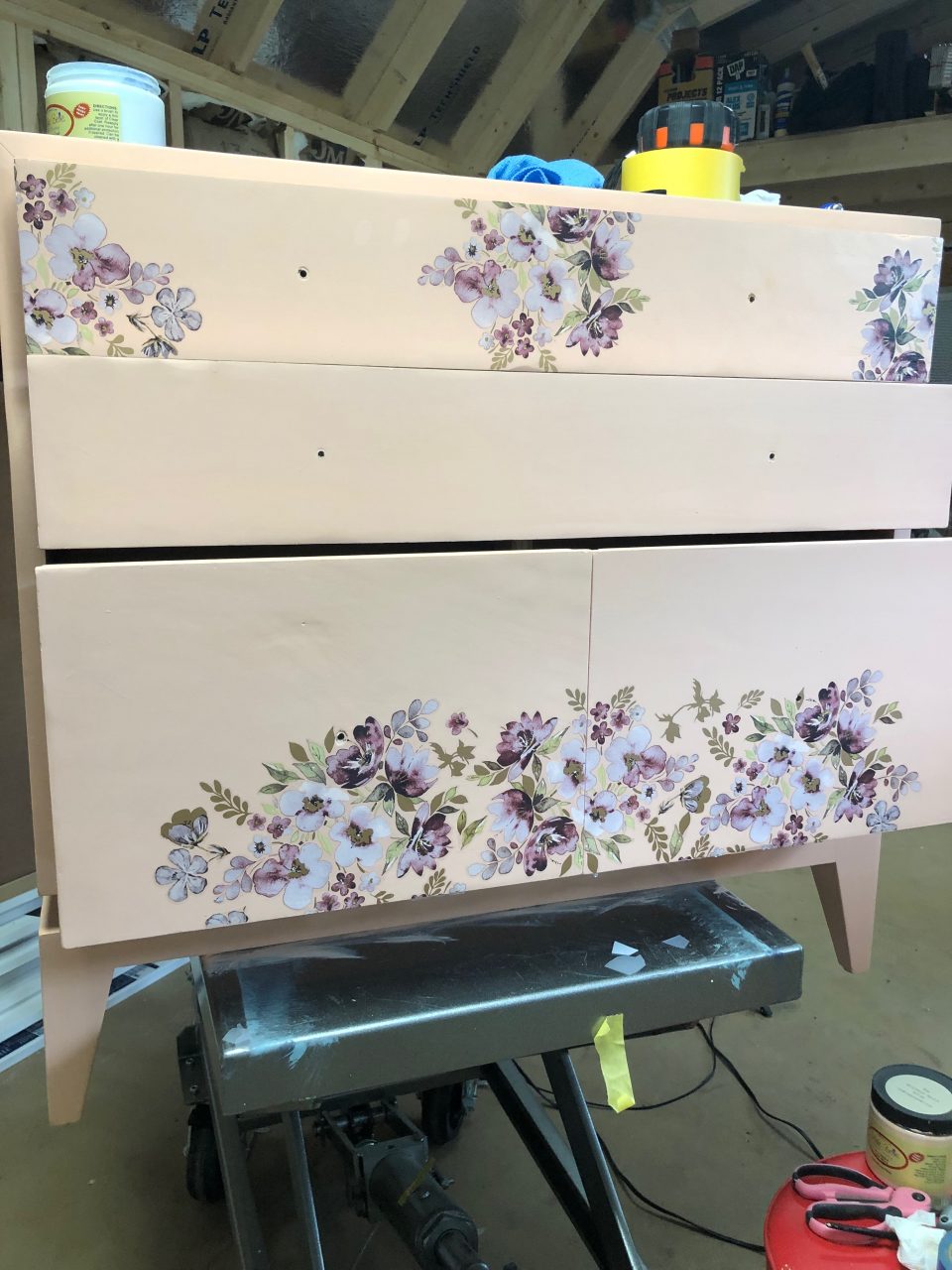 It just didn’t really have any depth or real visual interest. I thought the transfers almost just looked like an afterthought.

So I decided to add some more color. I used some Dixie Belle Sterling Silver Gilding Wax to go over the edges. This did’t work out as I’d hoped. 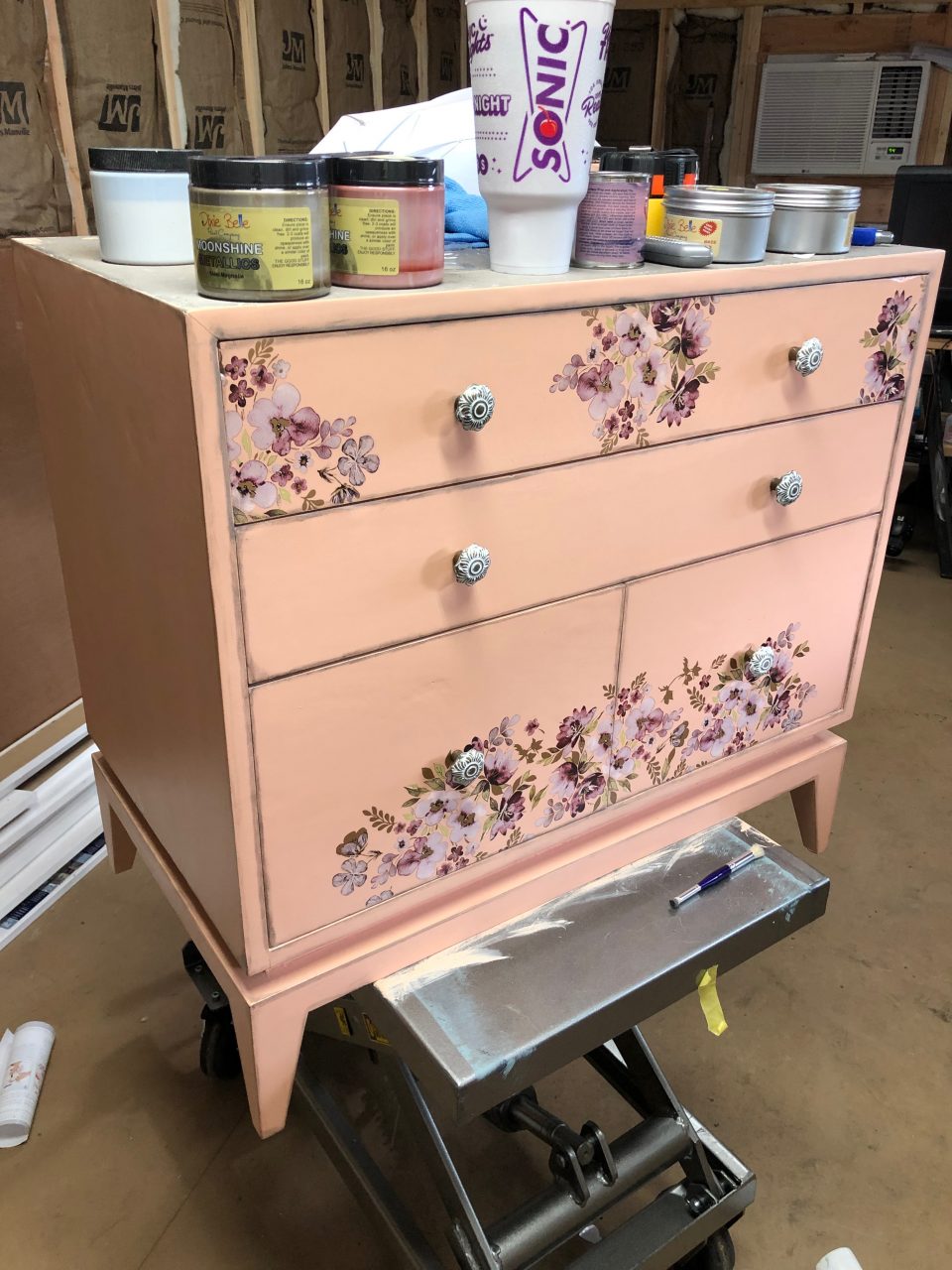 Next I added some Hammered Copper Gilding Wax. It was just getting worse. 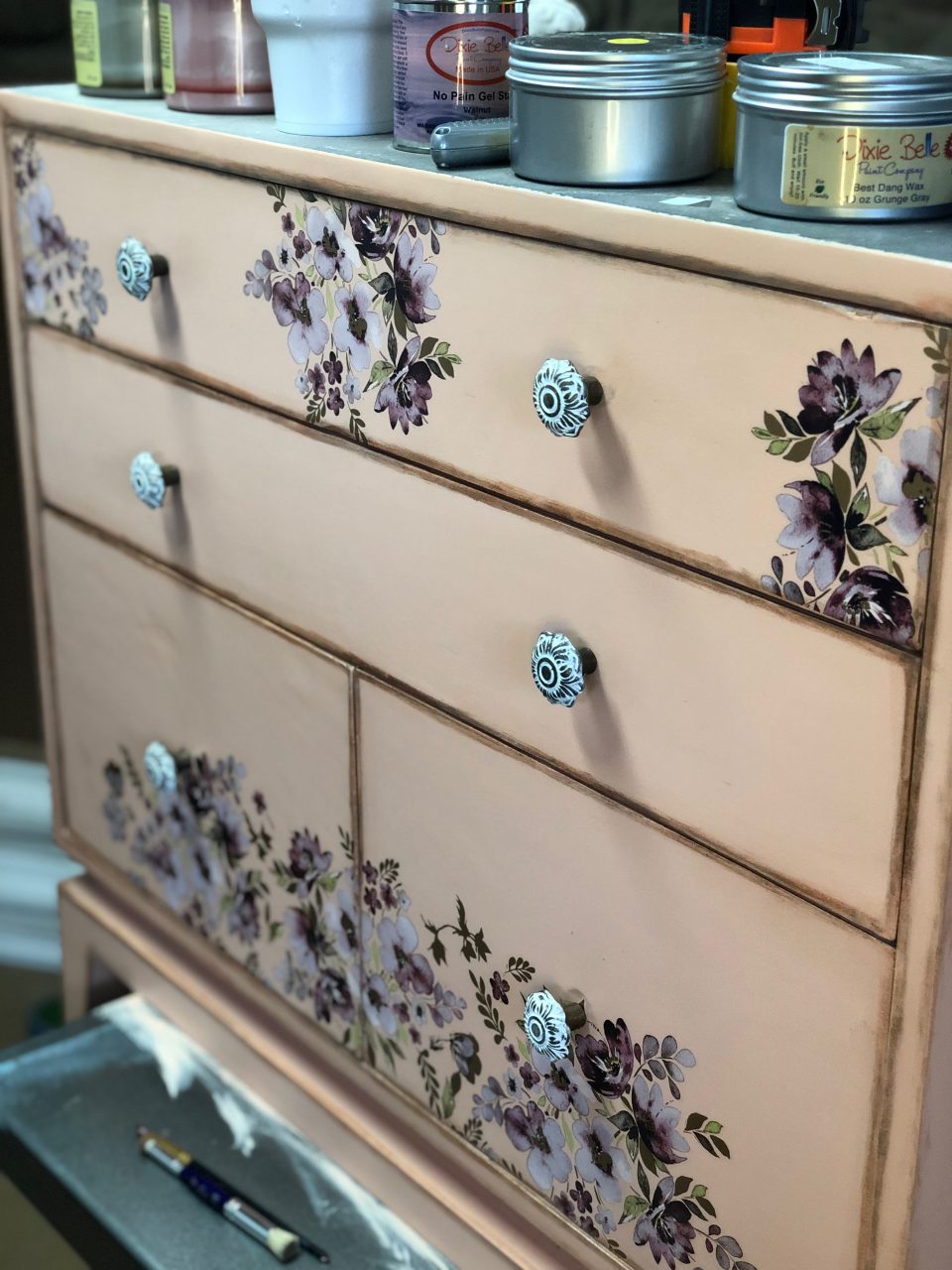 Now, you have to realize that I’m starting to obsess over this chest. I’ve been working on it for several days at this point and totally unsatisfied with it. So. Frustrating.

We had just gotten Dixie Belle’s new metallics in stock an I thought maybe it just needed to be jazzed up. so I painted the box in the gorgeous Rozay. Oh brother! I didn’t even bother to take any pictures of that disaster. It just clashed with the other paint. So I re-re-painted the box back to Apricot. I also painted the drawers (around that transfer which was no easy thing, I assure you). My goal was to remove all signs of the gilding wax.

Now I’m left with what I started with. A boring Apricot painted dresser.

I knew what I had to do. I had to strip those dadgum drawers. This meant sanding off the transfers. It just had to be done so I could start with a clean slate.

I base coated the drawers in this funky pinky/orange color. Then I added the Apricot, not quite dry brushed, but not quite full coverage either. I’d decided on one of Prima re-design’s most beautiful transfers; Chatellerault. I could only fit two of the roses though, so I have that thirsd rose to use on another piece! It’s one of the things I LOVE about transfers. 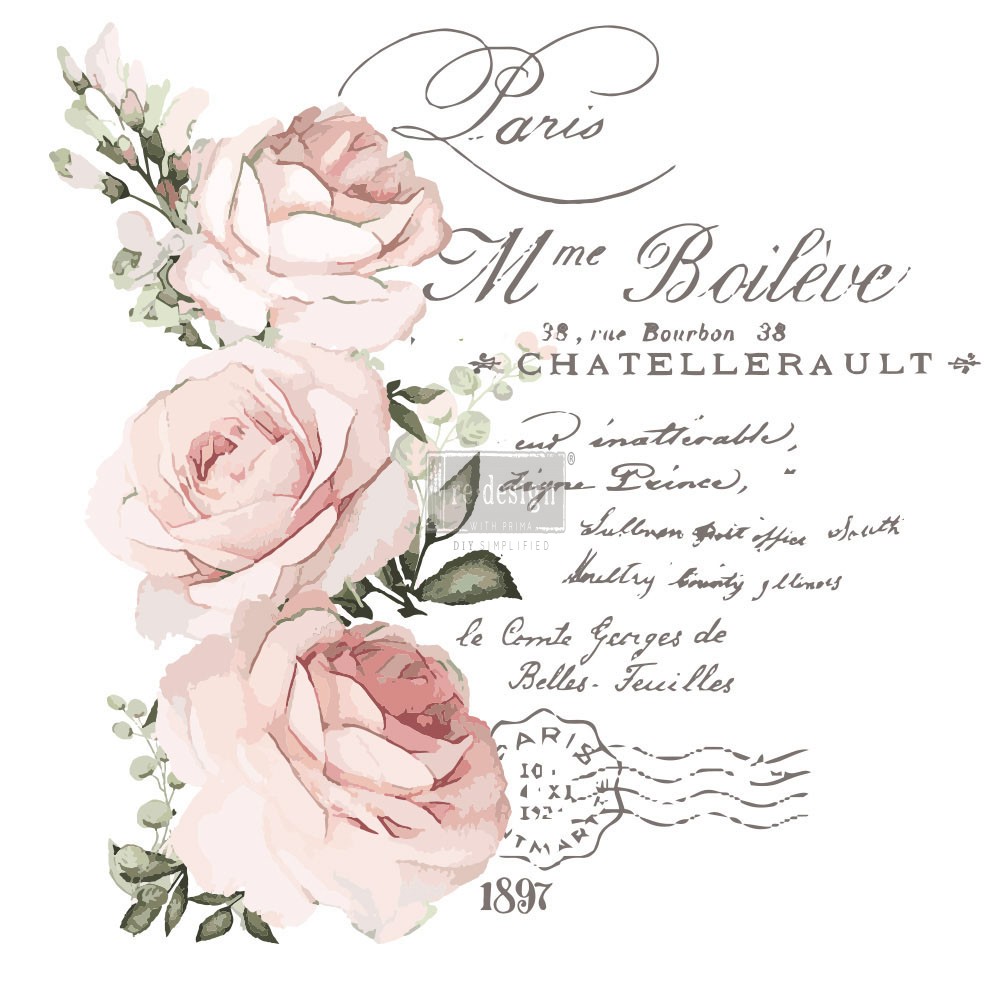 Since the drawers were so close to the color of the roses on the transfer, I new I needed to somehow lighten them so the roses would pop.

I happen to have a bottle of Dixie Belle’s new White Magic Voodoo Gel Stain in my supplies. I’d never use the gel stain as a whitewash, but I knew this is what I wanted to try. So, I got a micro fiber cloth and poured a little gel stain right on my finger and then started wiping it across the drawers.

The Flamingo and the Apricot could still be seen. Heavier on the edges and lighter in the middle of the drawers. I loved it. It was so easy and the effect was beautiful.

Finally I was to the point of adding the new transfer. The larger transfers are conveniently cut into sections that can be pieced together. I took the two parts I wanted to use and added them to the dresser. Wow! I could not believe how beautiful it turned out. 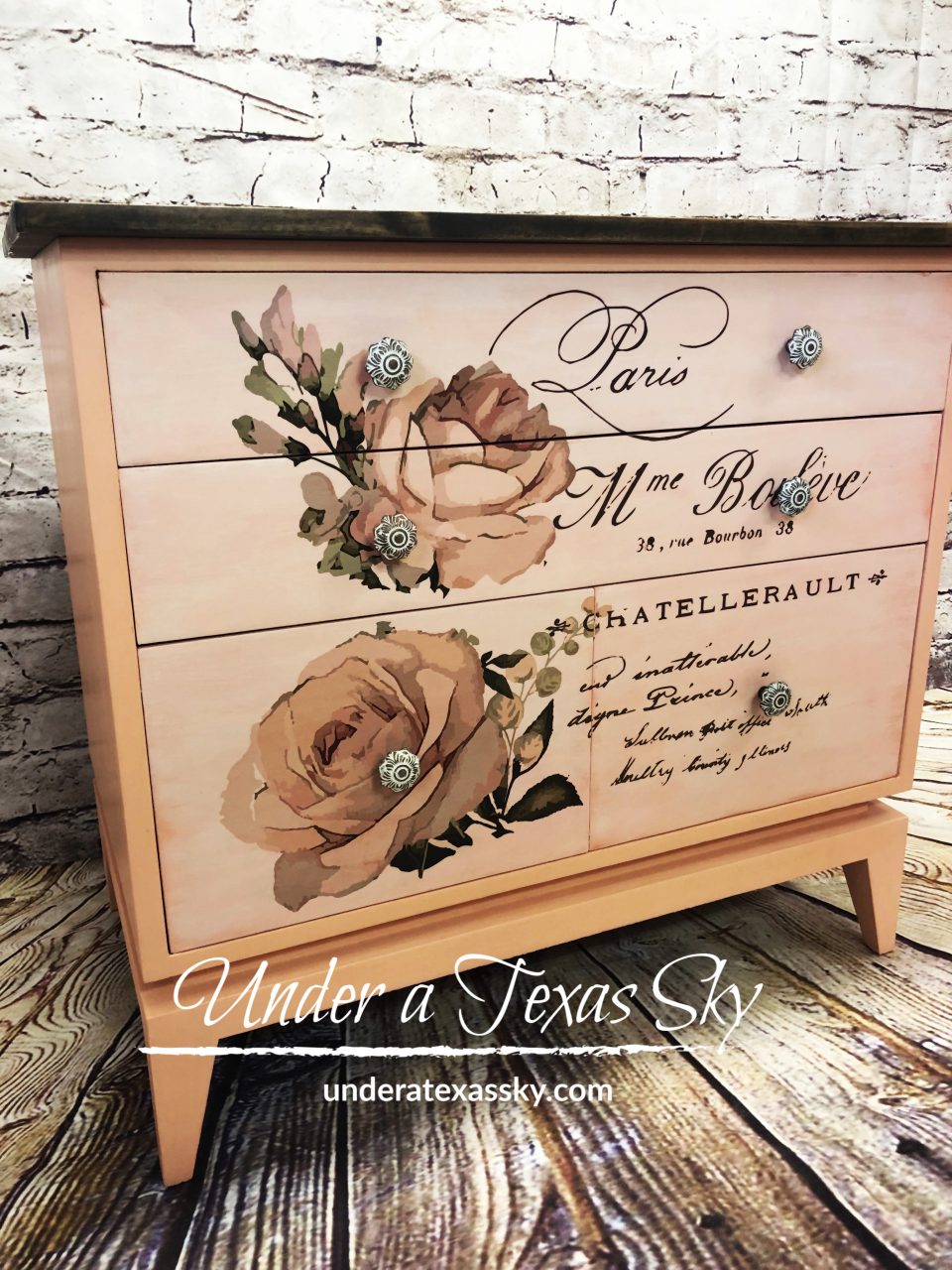 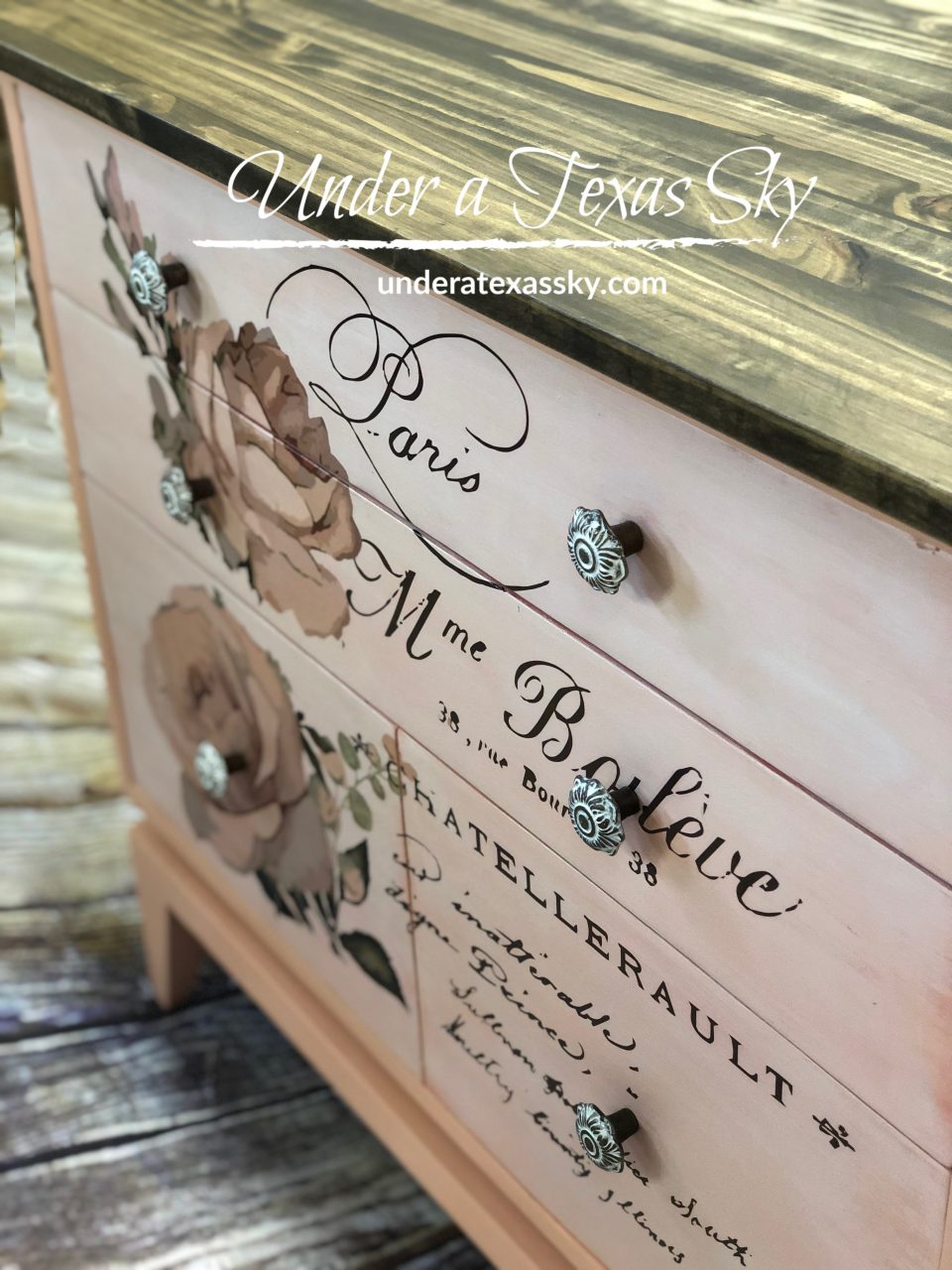 Our lives can be a lot like me refinishing this dresser. Sometimes our lives can end up in a hot mess. Our paint is all drippy and uneven. Maybe we’ve been connected to piece we’d be better off without. So, we make a plan to make things better.

The first attempt offers some improvement, but it’s not quite right. We know we have to do more. Then after adding the things that we think will make us happy; better, we realize that maybe that was a mistake as well.

The beauty part is, we still have time to try again. Y’all know that I am a person of faith. I trust in a sovereign God to help me along the way. I’ve had to make myself over a few times. Sometimes I’ve been happy with the result, sometimes not so much. But I never stop trying.

Wherever you are today, it’s not too late to become what you’ve always wanted to be.