June 15, 2022 By Kelly in Home Improvement, Renovation No Comments

Until the past several years, houses were a series of separate rooms. You had a kitchen, dining, and living room for the most part and these were separated by walls. More and more, though, people began to seek more open concept living ideas. The open concept allows a more cohesive feel overall. Having the kitchen open into the living area makes a home feel more inclusive. It’s nice because no one is stuck alone in the kitchen while cooking dinner. Now they can participate in conversations that are happening while the other family members relax in the living area.

If you’d like to make your older home less closed off, can it be done without a renovation costing thousands? The answer is yes and no.  You can create an more open feel by making a few small changes. If you want to take down entire walls; that’s going to need a bigger investment. 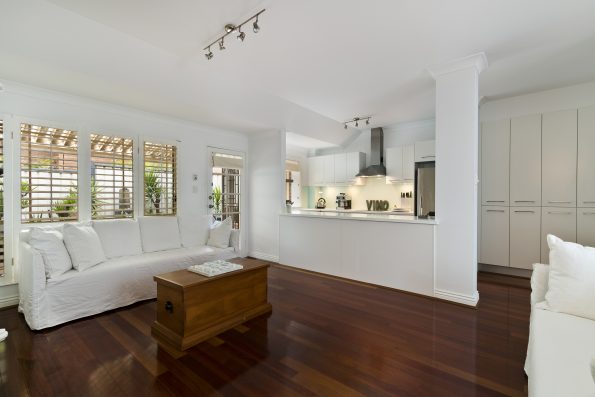 If you have rooms separated by French doors, you can simply remove them to create a larger cased opening. This automatically gives a much more open feel. Remember that when you remove doors that they need to be stored safely and securely to keep them safe from damage. Should you decide that you no longer want the open look, simply re-hang the doors.

If for some reason you’ve misplaced the screws that go with the door hardware, you can always hit up Fastenere.com to get the exact screws you’ll need to secure the doors back to their original state.

Partially open up a wall

If your kitchen and living rooms are separated by a wall, you may be able to to a cased opening instead of removing an entire wall. To do this you’ll take out the sheet rock the width of the opening you’d like to create. You’ll need to move any electrical that may run through the wall. Then simply frame in the opening area and trim it out with some decorative trim. This is easier if there is a door to the kitchen area that can just be widened. But the concept is the same.

If you already have an open-plan dining vibe going on between your dining and living areas, you can define and differentiate the spaces a few ways. Adding a long sofa table between rooms can help make each space seem separate. Use a large area rug in the living area that defines the space. Get creative. The only rule is that you love how it looks.

There’s no question that creating open concept spaces can take a bit of work and money, but it’s worth it to give the feel of togetherness that many people are looking for.