Reminders of the Past 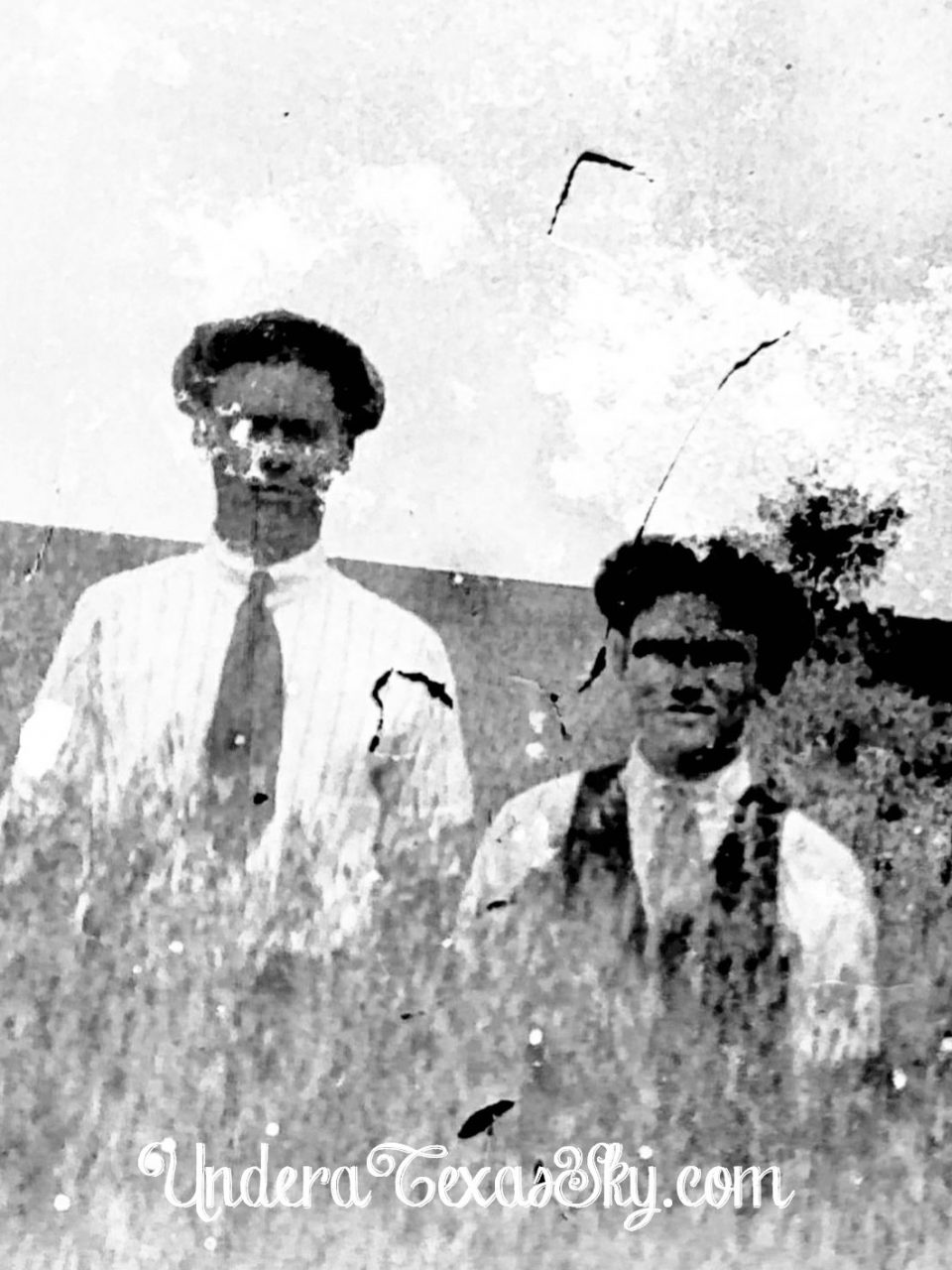 Amidst all of the construction chaos, it’s easy to forget our home is over 100 years old. We’ve been reminded that this house has been occupied by several families crossing two centuries. They’ve all left an impact in one way or another. We have discovered some ghosts of the past in the form of several hidden treasures.

It Makes You Wonder

It seems a bit odd that the majority of items we’ve found were all located within the walls of the kitchen. As you know, they’ve stripped everything down to the studs in there. There’s a tiny treasure trove of items the guys from M2 Construction have discovered. The most interesting was this negative. 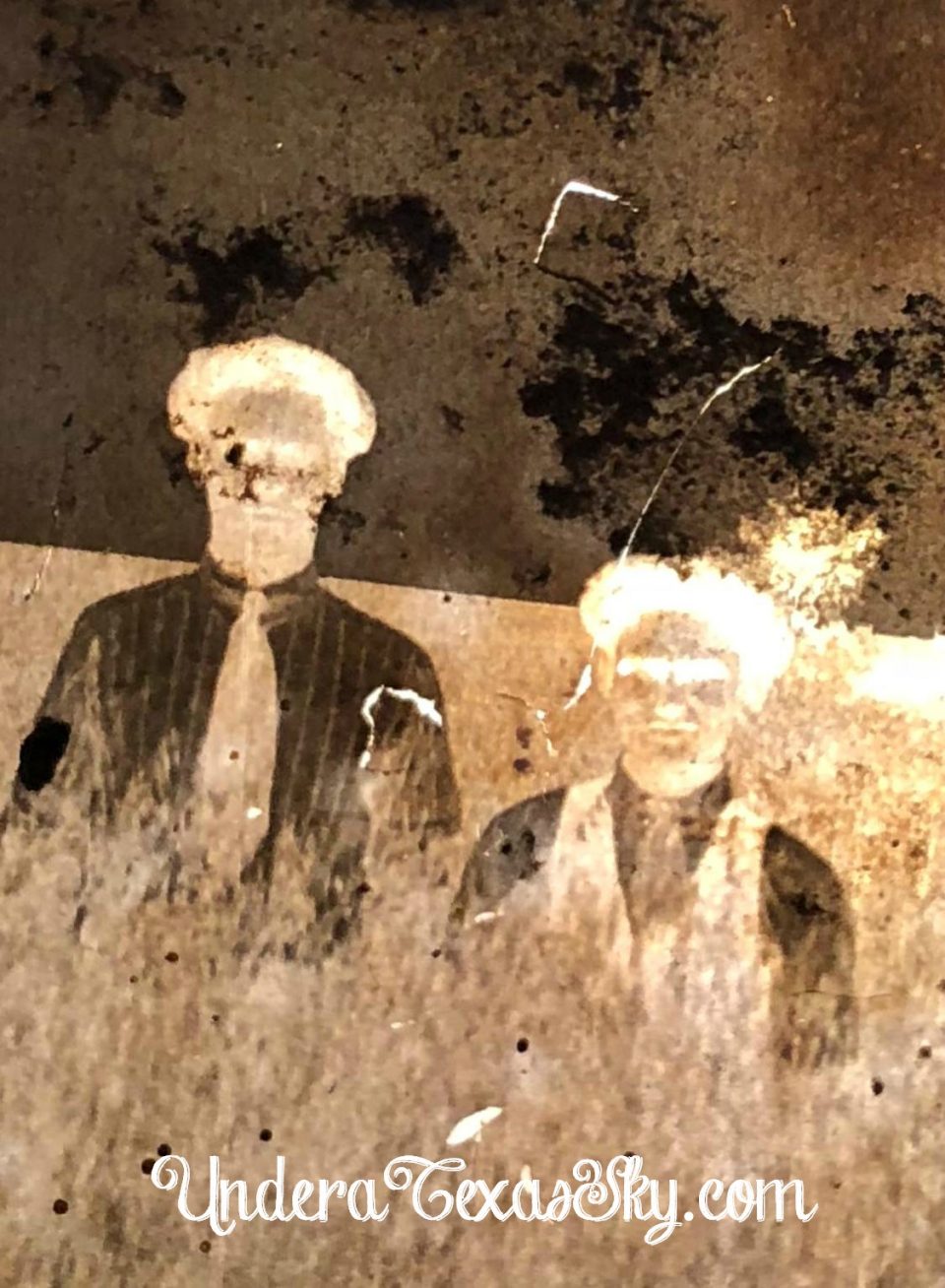 It is both sort of fascinating, and, let’s face it, freaky-deaky as well! I gotta admit, when I first saw this negative and held it up to the light, this is the first thing I thought of: 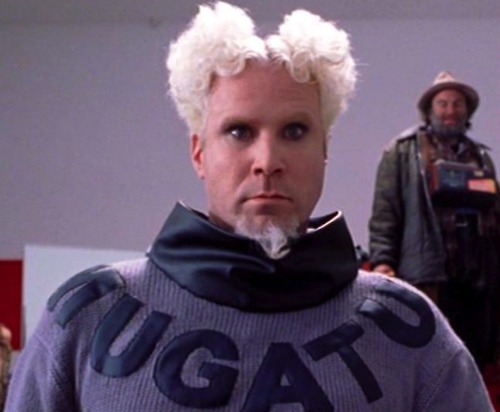 Which, I don’t know what this says about me- but that’s where my mind went. The Mean Man posted the pic on FB and one of our super-cool friends, Brad, used some sort of magic and turned it into this:

My first thought was then, this (there MUST be something wrong with me!):

Ok, now that I’ve finished cracking myself up… I’m so curious about the boys in the photo. They are clearly dressed in nice clothing. I’m not certain as to what era the clothing may be from. I’d guess early 1910s? I understand that the man who built our house was likely a prominent citizen of Hubbard City. Captain William Wagley built the house for his wife and children. It’s possible that these boys belonged to him. Maybe these hand prints discovered in the front yard belonged to one of them as well. 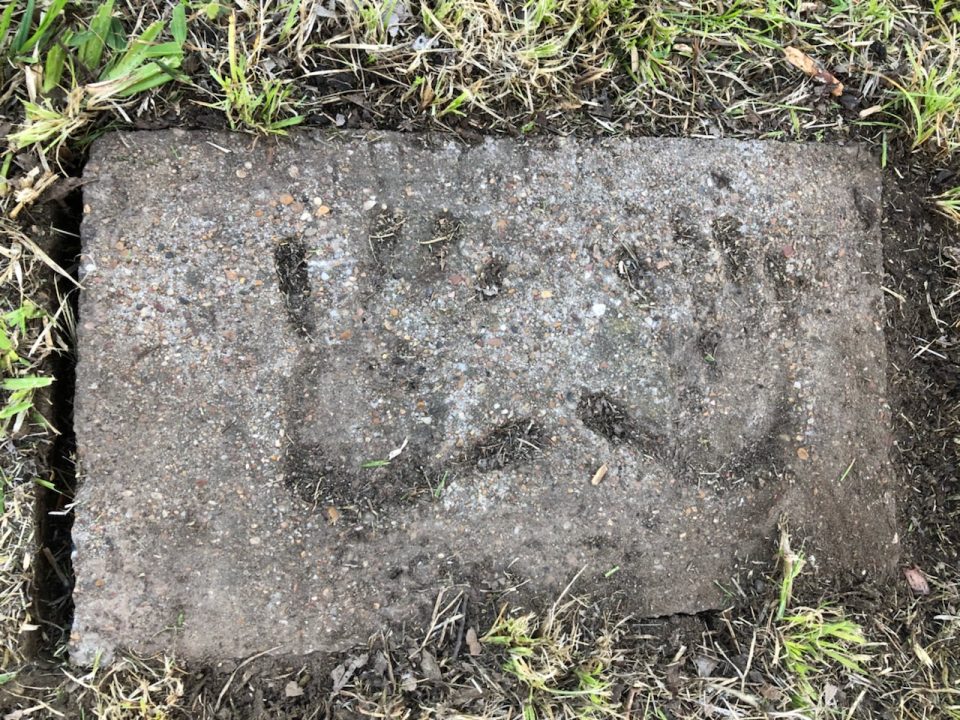 A Map to the Past

For history nerds like The Mean Man and myself, this next find was particularly awesome. Check out this map of Texas and Oklahoma Indian Territories. 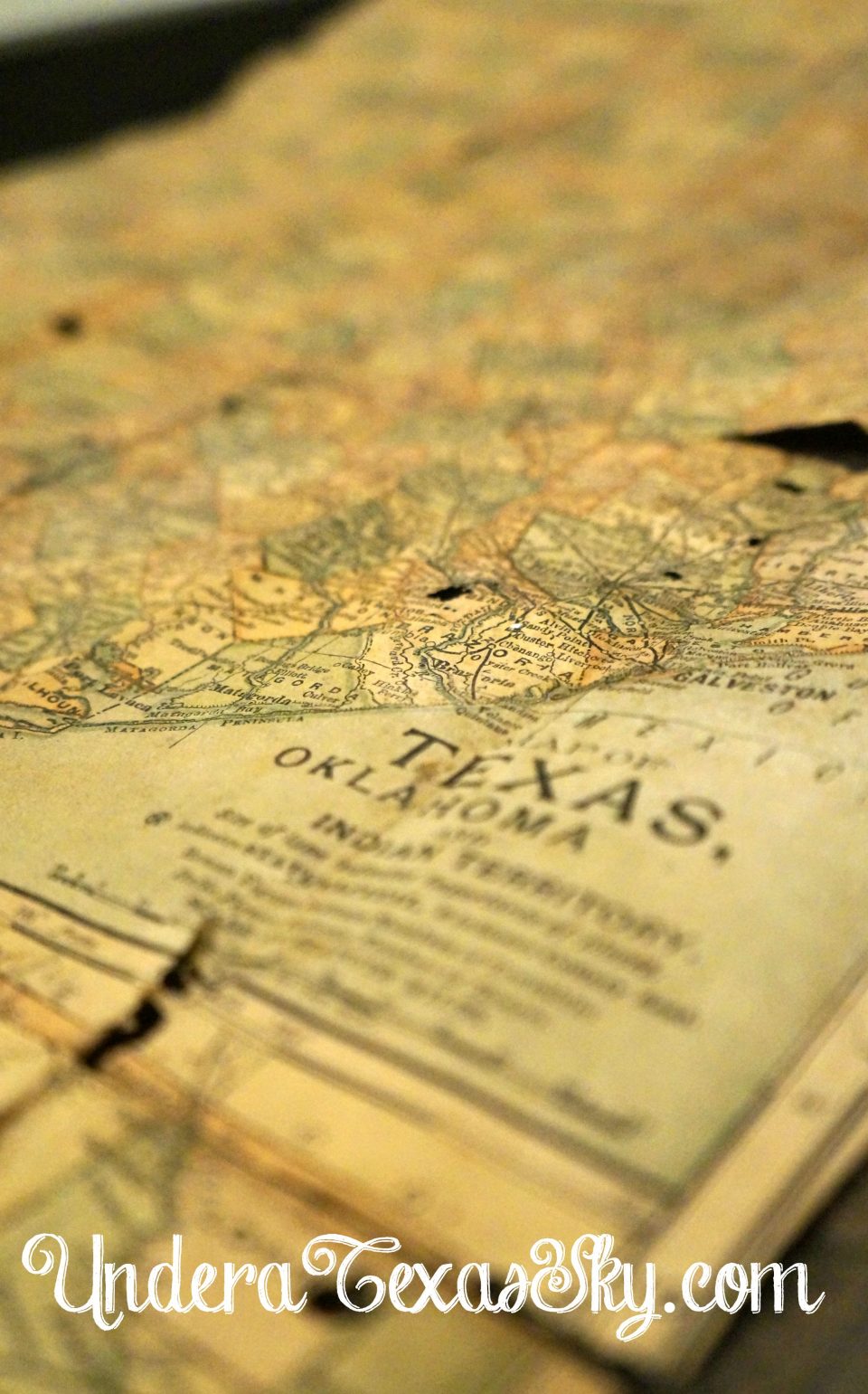 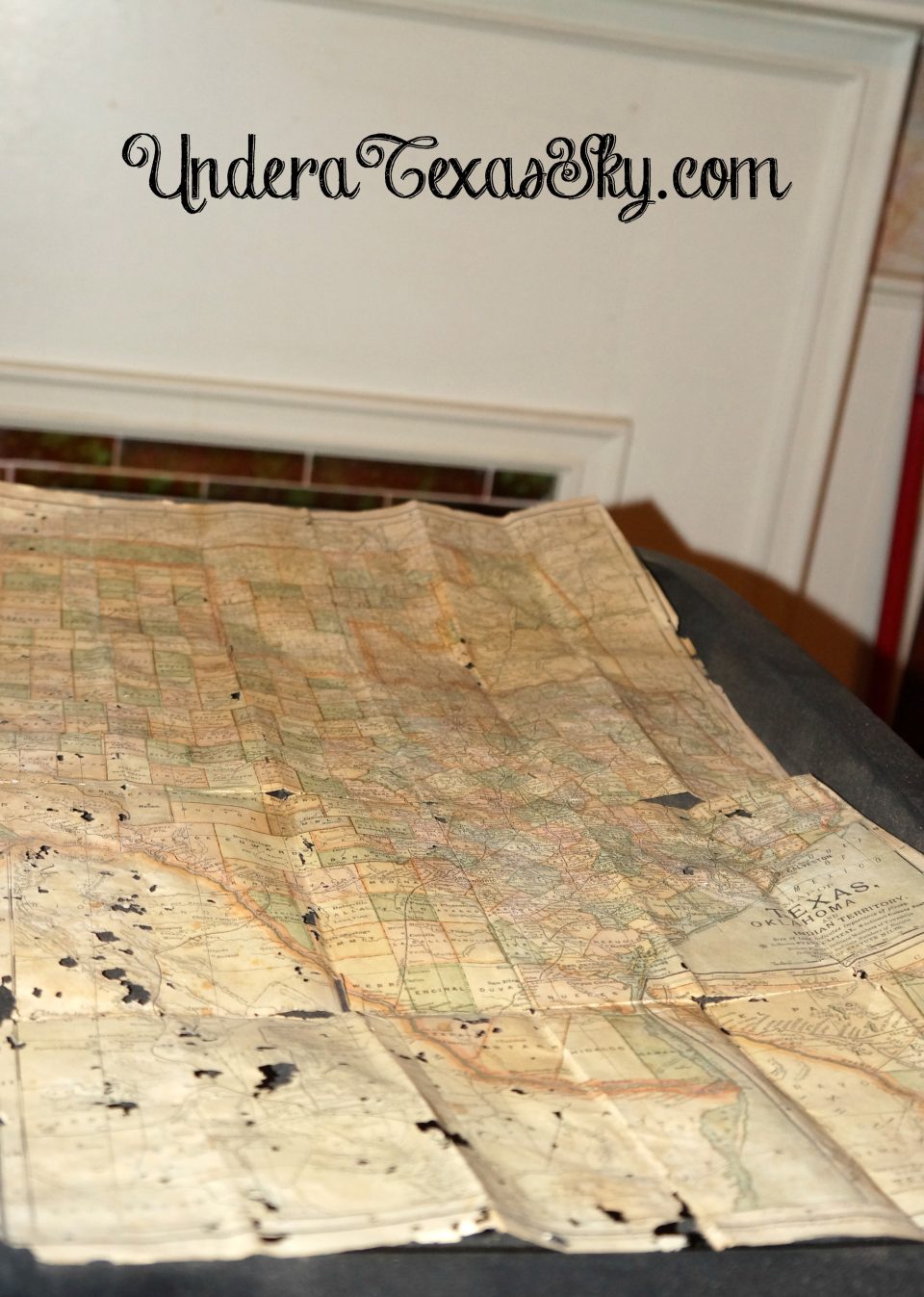 Now I have no real way of knowing the actual age of the map, but according to the census, based on the population of Texas, the map information is from 1890. How it got in the wall? We guess maybe a mouse dragged it in there at some point to use for nesting material. Even in its deteriorated state (so to speak), we’re still going to have it matted and framed. 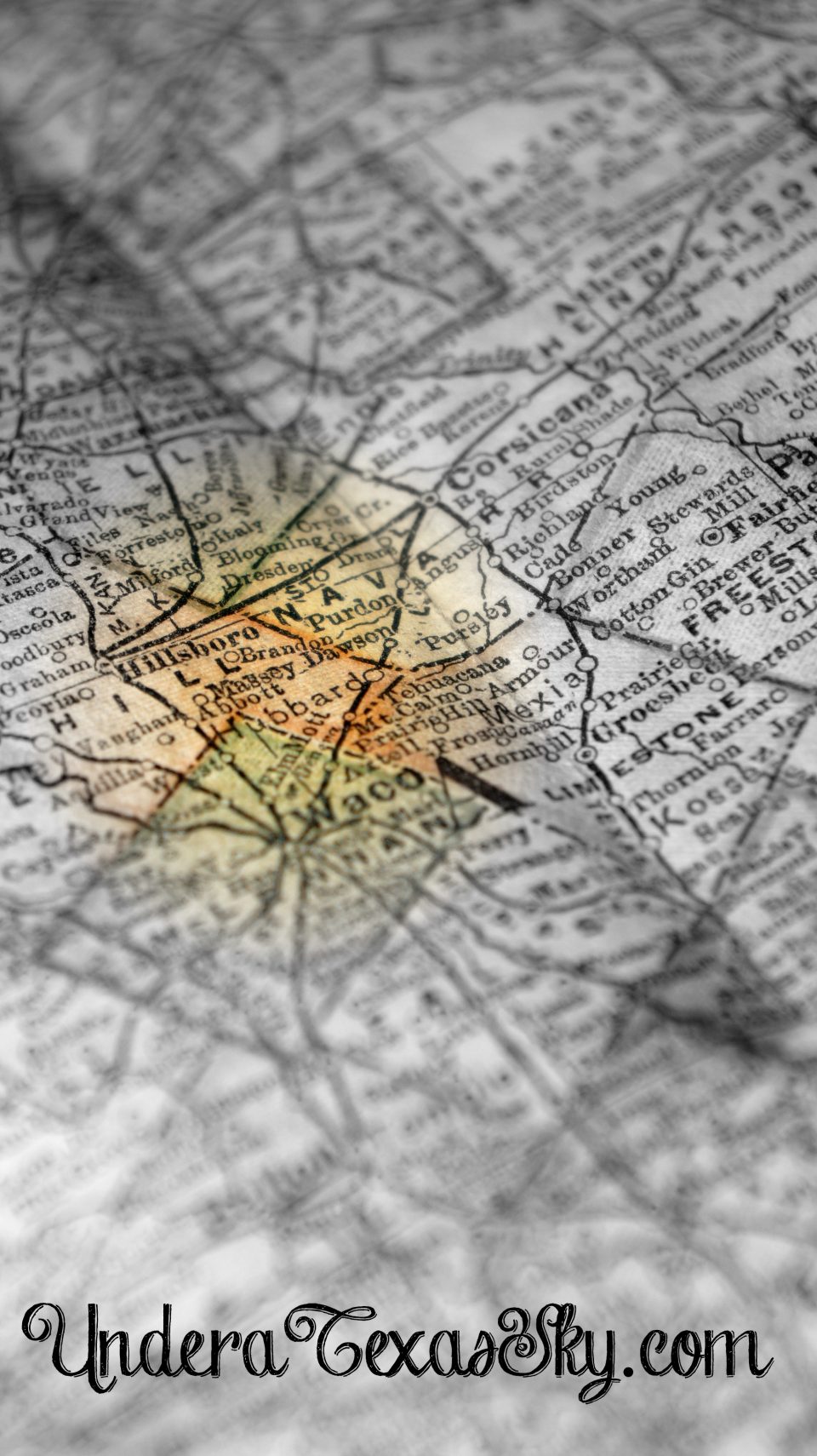 We’ve also found the remnants of a love letter from Delbert to Edith. It appears that it’s from 1935. He had a lovely visit with her and his family seemed quite surprised to learn that he had spent time with her here. I have no idea if the relationship turned into anything more, but maybe in my research, I’ll find out.

Then there are the animal bones and skull. The guys pulled out a few straight bones and possibly a vertebrae. They were certain that the skull they found belongs to a chupacabra. While it’s plenty ugly, I determined it actually belonged to a squirrel and was not the elusive proof of the legendary creature.

At the Historic Hubbard Museum, we also discovered a photo of a painting of our house that was done several years ago. We are going to hopefully find the artist and see if we can purchase the painting. She apparently did portraits of several of the historic homes in the city. I’m not sure where the information was gathered on the blurb that is attached to the photo. We intend to do more research on exactly when the house was constructed. 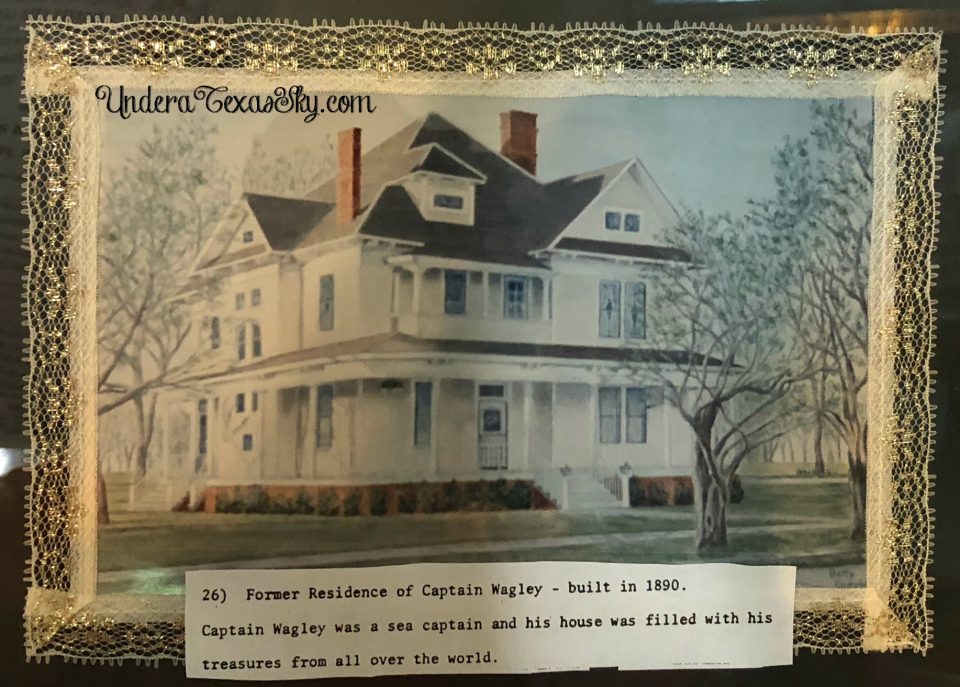 I’ll post an update later in the week. The back door to the house is currently being replaced and sheet rock is going up in the kitchen. Floor prep continues (that’s a whole other story), and the new floors will be going in soon! As always, I’m so happy y’all are taking this crazy journey with us. Until next time- blessings!